Do you remember the first time you watched ‘Akira’? 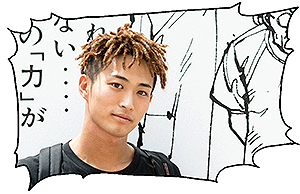 I’ve actually never seen the film! But I read the manga about three years ago. I found it in my friend’s house. I felt compelled to read it because the pictures were so different from regular manga — so detailed.

I don’t think there were so many manga 30 years ago with this kind of futuristic story. Plus, the images are so memorable. “Akira” feels very distinct from other manga. I think that’s why it’s so well-liked. 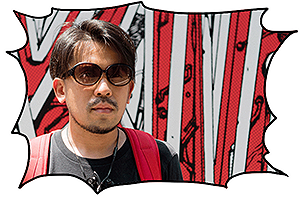 Hmm, how old was I when I first saw it? I think when I was in high school. On DVD. I didn’t understand the meaning at all, but I thought, “This is cool!” What was cool exactly? The motorcycles, I guess. The sounds they made when they started up. Since then, I’ve seen it three or four times. I eventually started hearing people use the word “cyberpunk.” I thought, “Ah, so that’s what ‘Akira’ was about.” That said, even re-watching it with that in mind, I still don’t really get it. But it’s just so cool.

I’ve no idea. I’ve heard people from different countries have been influenced by it, but I don’t really get it. 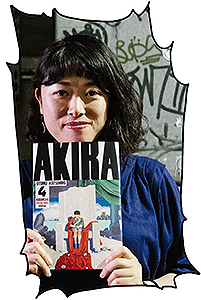 Relatively recently. I read the manga first. It was from my generation, but I didn’t read it back then. My friends from abroad talked about how cool it was, so I decided to read it, and it was really interesting. It was strange that I hadn’t known about it earlier. I watched the movie later.

Otomo’s images go beyond what you imagine. When you get to the end of a page, before you turn it, you imagine what’s coming up, right? Instead of what I pictured, there was always something even more mind-blowing. The story’s interesting too, but if the art hadn’t been as good, I don’t think it’d still be as talked about. 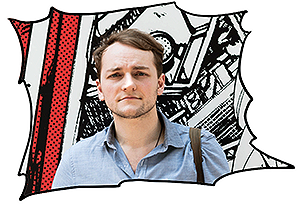 The first time I saw “Akira,” I was maybe 16 or 17. I was reading some manga, looking for something to read, and found an old copy of it, and later on eventually found the anime. At the time, I was really into cyberpunk, William Gibson, things like that. “Akira” had a really cool dirty cyberpunk aesthetic to it.

Even though it’s pretty violent and over-the-top, it does have a message too. It’s just kind of timeless. It’s a unique story, well-told, and the animation has been surpassed by few. 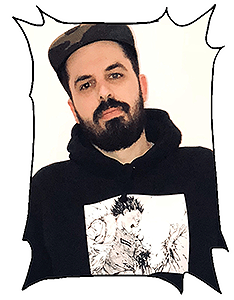 First impression was “Wow!” I was 7 or 8. The plot went over my head, but I was transfixed by the imagery. I really started to like motorcycles — and be scared of stuffed animals!

Many reasons. There was nothing similar at the time in terms of animation quality, attention to detail, soundtrack. I also think its dystopian topics are more relevant than ever.

When I heard about this collaboration between Katsuhiro Otomo and Supreme, I wanted to show my support for his work. It was difficult to be fast enough to buy it but I got lucky.