A crack of thunder. Pulsing polyrhythmic percussion. The roar of a passing motorcycle. A haunting symphonic chorus.

Once you’ve heard the soundtrack to “Akira,” the anime classic that turns 30 years old this month, it’s almost impossible to forget it.

Like every other aspect of the film, the soundtrack seemed to mark an impressive departure from most anime. And to create the epic sonic world of his cyberpunked Neo-Tokyo, director Katsuhiro Otomo turned to composer Tsutomu Ohashi, also known as Shoji Yamashiro, and his musical collective, Geinoh Yamashirogumi.

Geinoh Yamashirogumi had recently released “Ecophony Rinne” at the time, an album that fuses traditional Japanese and world music with digital manipulation. Listening to this album, wrote Otomo, “I became more and more confident that (Yamashirogumi) might be the best fit for ‘Akira.'”

Otomo gave Yamashiro complete creative freedom, requesting only that he base the music around two thematic ideas: “festival” and “requiem.” Unlike most other soundtracks, it was composed and recorded before the film was animated; people working on the movie animated scenes in time to the music, rather than the other way around.

“All I did was go all out and write totally self-complacent music that I wanted to hear, other people be damned,” Yamashiro said in a 1988 interview. “I feel like I’ve been swinging away with a sword with my eyes closed. It feels like I cut clean through something. But I still don’t know if I hit what I was supposed to, or if I just sliced my own leg open.”

He need not have worried. The end result was an epic, original score that’s been inspiring musicians for the past 30 years.

One of those musicians is Canadian Nathan Micay, also known as Bwana, who released an “Akira” tribute album titled “Capsule’s Pride” in 2016. At nine tracks, the album is Micay’s “attempt to retell the story of the film through the modern palette of electronic music.” 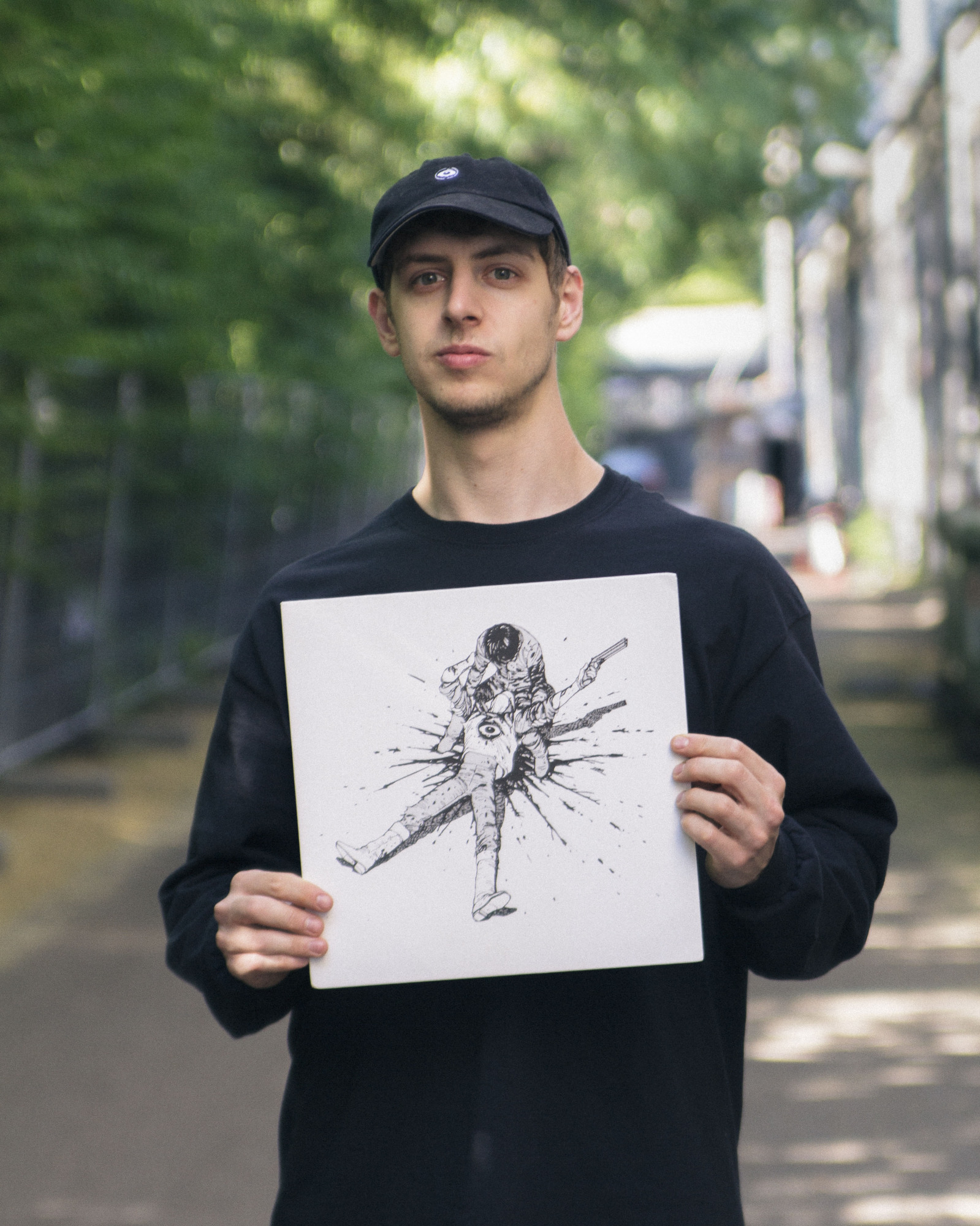 The anime’s visuals have popped up in the music videos of many major pop stars, including Michael and Janet Jackson (“Scream”) and Kanye West (“Stronger”), while samples from the soundtrack have made their way into dozens, if not hundreds, of hip-hop and electronic music tracks.

“Capsule’s Pride,” however, is unique in its album-length scope — and its fidelity to the original material.

“If you’re going to play with something that’s so iconic, you don’t do it lightly,” says the Berlin-based Micay. Aside from the immediately recognizable samples, “a lot of the MIDI was made through granular synthesis of sounds from within the movie. I really made an effort to make every sound I could come from the film. Sometimes I even used the impact of a motorcycle or things like that to make drum sounds.”

Over its 43 minutes, “Capsule’s Pride” pulses its way through the film’s storyline, from the opening motorcycle chase (“The Capsule’s Pride (Bikes)”) to Tetsuo’s final transformation (“Tetsuo’s Dance”) with occasional voice samples from the 2001 English dub providing narrative guideposts.

In a testament to how popular “Akira” and its soundtrack remains, “Capsule’s Pride” netted Micay “more press than I’ve ever had in my life,” and even gave him the chance to play in Japan.

“It was a funny thing. I played at a club called Circus in Tokyo … I was doing my whole DJ set and I totally forgot to even play those songs from the album. I finished my set and I was like, ‘Oh my God, I should really do that,’ so I begged to go do a couple more songs. I played them and people went absolutely nuts.”

Micay first saw “Akira” in university and, he says, “the visuals, but also the music, really had a huge impact on me. I just don’t remember any other aesthetic like that influencing me so much.” His inspiration to revisit and remix the soundtrack came after it was announced it would be getting a reissue on vinyl — further proof that interest in the film and its music is alive and well.

Micay, who began creating music not long after seeing the film, notes a connection between the worlds of electronic music, “Akira” and anime as a whole.

“I think what they both are trying to do is point to a sort of futurism and sort of go outside the norms,” he says. “‘Akira’ is obviously a movie that really went outside the norms of its time. People who were used to Disney went, ‘Wow, I didn’t know animation could be like this.’ Electronic music is the same. When I was a kid, I thought it was all poppy Euro hits, but then someone introduced me to dubstep, and it hit me like a brick wall.”

In addition, he says, anime and electronic dance music both foster passionate fandoms.

“I was very worried when I put this out,” he says, “because those are two of the most active online communities, so I knew I was going to make myself vulnerable to these two groups, but luckily they came together and supported the album.”

Reshaping the sound of Neo-Tokyo for ‘Akira’

If you were watching anime in English in the 1990s and 2000s, chances are you’ve heard a dub recorded by Les Claypool III. Some of the films and series that passed through Claypool’s studio, Magnitude 8 Post, include “Macross Plus,” “Ghost in the Shell” and “Cowboy Bebop.” In 2001, Pioneer Entertainment came to Claypool with an intriguing project: assemble a new English dub (the dub sampled on Bwana’s “Capsule’s Pride,” in fact) and 5.1 surround soundtrack for its remastered rerelease of “Akira.” Claypool shares some memories of the project:

“With many shows we did over the years, there was a certain amount of ‘It’s simply another job on the calendar.’ But ‘Akira’ was already legendary when it showed up on my doorstep. More than once I would find myself thinking, ‘Damn, I’m working on ‘Akira!'”

Bringing the sound into the 21st century

“The original elements were very noisy and relatively frequency-limited … the impacts and explosions really didn’t thump you in the chest like they should. This was typical for the time period in which ‘Akira’ was originally created. I cut in new sound effects for any type of explosion, crash, impact or firearm, and added a dedicated subwoofer track. My philosophy has always been to layer in new effects, while making sure you never cover the original Japanese work.”

The sound of silence

“There was one scene that I could tell was supposed to be completely silent. I wanted the silence to actually become uncomfortable for the viewer. This was probably what Otomo had originally desired, but just wasn’t possible at the time of the original mix. Later, after the film was released, one reviewer said it was the best use of silence that he had ever ‘heard.'”

“‘Akira’ stands out as one of my proudest career moments. After I explained in a letter to the Akira Committee exactly what my intentions were for the restoration and remix, they trusted me completely with their baby. That was a level of trust from Japan that was earned by being caring and respectful to their shows over the years, but it still blows me away to this very day!” 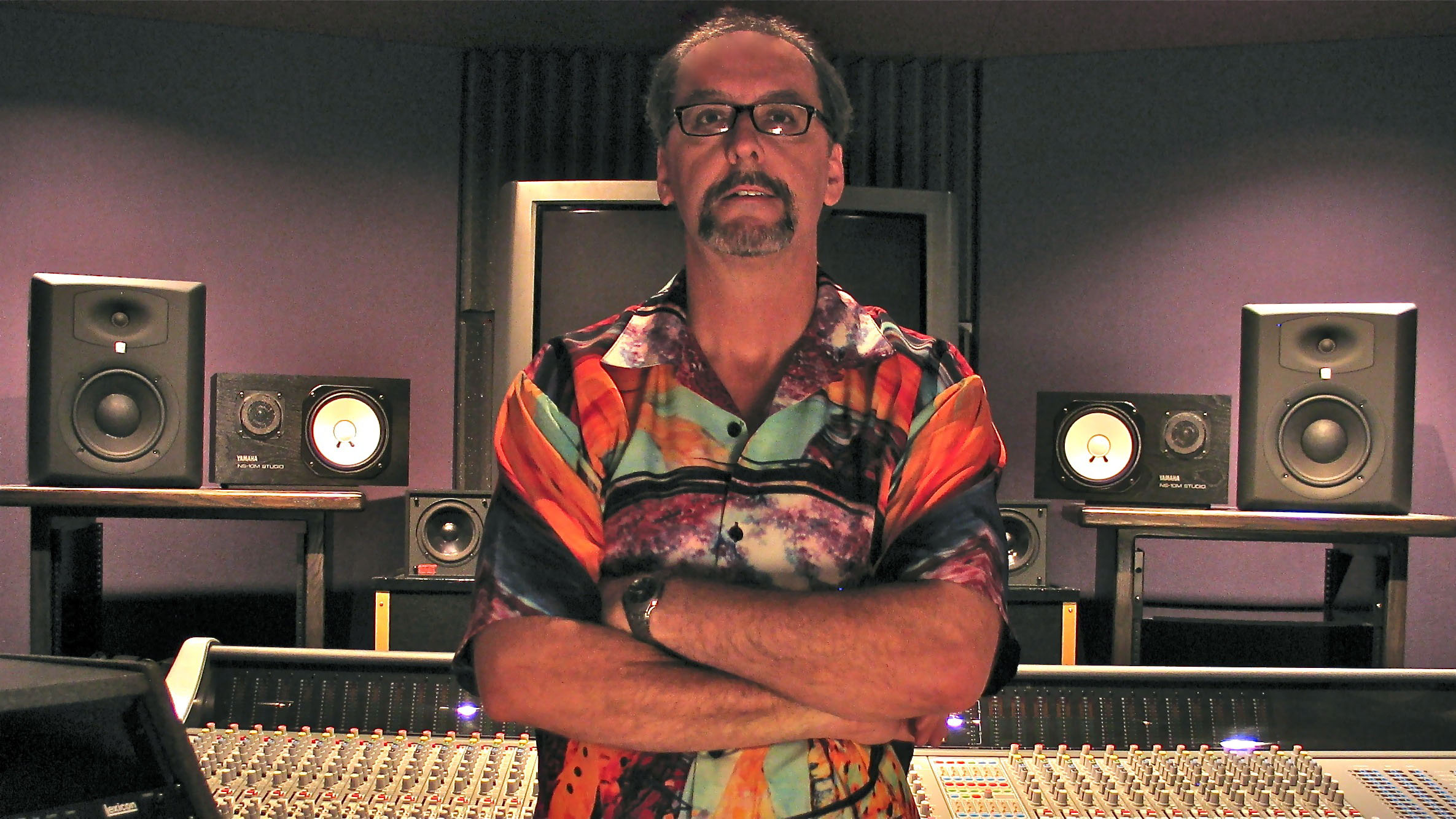 Dub be good to me: Les Claypool III was tasked in 2001 with creating a new English dub for the remastered release of 'Akira.'

Read all #AkiraWeek articles below