It was “a random Thursday night” in 1990. Peacock was a young teen; his father drove him to a screening of the film at the University of Georgia, where it was being shown in Japanese.

“My jaw was on the floor,” Peacock recalls. “I couldn’t believe what I had just seen.”

The Georgia native had been introduced to the cyberpunk world of “Akira” a few years earlier through Marvel’s English-language release of the manga, but it was the movie that truly captivated him.

“On the drive home, I turned to my dad and said, ‘I think I found the thing I want to do with the rest of my life.'”

The second event that linked Peacock’s life inexorably with the film came when it was released on home video in the U.S. by Streamline Pictures. By the time the distributor’s officially licensed release was ready to go, Peacock explains, bootleg copies had been circulating for some time. To incentivize fans to purchase its version, Streamline included an original animation cel with each copy.

The moment Peacock got his hands on one of those cels, what would eventually become the world’s largest private collection of “Akira” art was born.

In 1988, animation was still an analog endeavor. Each frame was drawn by hand, on paper, then copied to a transparent piece of acetate called a cel, which was then painted, dried and photographed against a background — also painted by hand.

This was the case for all animation at the time — but “Akira” stood out in both quality and quantity. A record-breaking ¥1.1 billion was spent to assemble the country’s best animators, who painstakingly brought Katsuhiro Otomo’s supremely detailed manga to life frame by frame.

The sheer number of cels used was also revolutionary. Film runs at 24 frames per second, but most anime is shot at 12 or even eight —in other words, the same cel is photographed two or three times in a production method called “limited animation.” Large chunks of “Akira,” by contrast, were shot “on ones,” with each second of footage represented by 24 unique frames. That gave the film an unprecedented fluidity — and an unprecedented number of pieces for collectors to track down.

Over the years, Peacock emerged as chief among those collectors. Streamline went bust in the early 2000s, and boxes of its remaining cels “walked out the back door” and onto the collector’s market. Around the same time, the advent of sites like eBay meant fans could cast a wider net in their search for rare materials.

Cel mate: American Joe Peacock collects cels that were used in the animated film 'Akira.' His fascination with the movie stretches back to when he saw it with his father as a child. 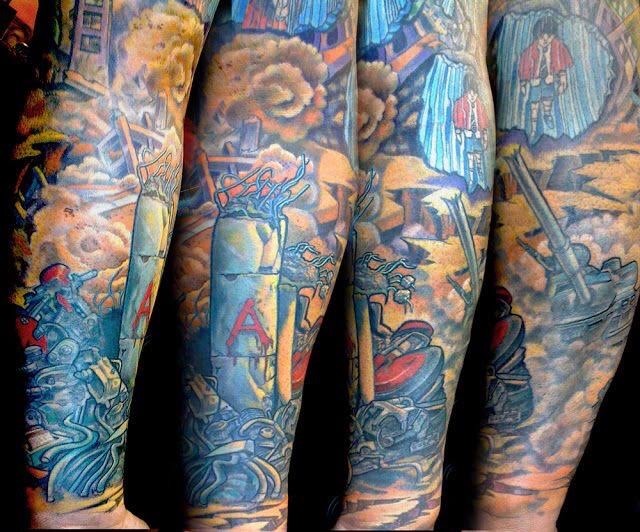 By the late 2000s, Peacock had amassed the bulk of his collection — about 20,000 pieces. But, he says, he had no real desire to share it (“Something just felt nice about being the guy who had all the stuff,” he explains) until 2009, when he landed a particular fateful piece of production art.

“It’s this purple background of Neo-Tokyo from a distance, and it’s just gorgeous,” he explains. But, despite having seen the film hundreds of times, he couldn’t place the scene it came from until a re-watch a few months later.

Finally, he saw it: this beautiful, detailed background was squeezed “between these two sets of buildings, in what is literally a quarter of an inch of space.”

“I broke down and cried,” Peacock says. “Just look at that detail, even though they knew it was barely going to be seen. It hit me: this stuff can’t sit in a closet. It has to go out in the world.”

Peacock got to work on creating an exhibition based on his collection — an exhibition that would eventually be titled “Art of Akira.”

“I knew absolutely nothing about putting any of this on,” he says. “There’s a museum in Pittsburgh called ToonSeum, and they were the first people I thought of, just because they had ‘toon’ in the name.”

Peacock and ToonSeum curator Joe Wos raised the necessary funds via donations. When it opened in 2010, “Art of Akira” broke museum attendance records.

“There were people who came all the way from Japan, Singapore, Brazil … I mean, not a word of English. They came in and just stared. That’s when I knew I had something amazing,” he says.

Since then, Peacock’s collection has been exhibited around the United States, Egypt, Ecuador, the UK, France, Canada and elsewhere.

Peacock and Neil Leslie, another super-fan with whom he’s combined his collection, run the exhibit on a strictly not-for-profit basis, making it difficult to keep it going at times.

Peacock has met thousands of “Akira” fans through the exhibition, but, he says, one of his most profound encounters was with a pair of children too young to have even seen the film.

“A couple came in with their children. One was 7 and one was 5. While their parents were looking at the art, the kids were sitting at the museum’s little art tables, drawing the scenes they were looking at around the room,” Peacock explains. “At the end of it, they came up to me with these stacks of paper, all this ‘Akira’ art, and it was astounding. Here’s an entire generation of parents teaching their kids animation is cool, animation is art, and art is important.

“My generation, we saw ‘Akira,’ we went absolutely crazy for it, and now we’re having children … we’re raising the next generation of artists.” 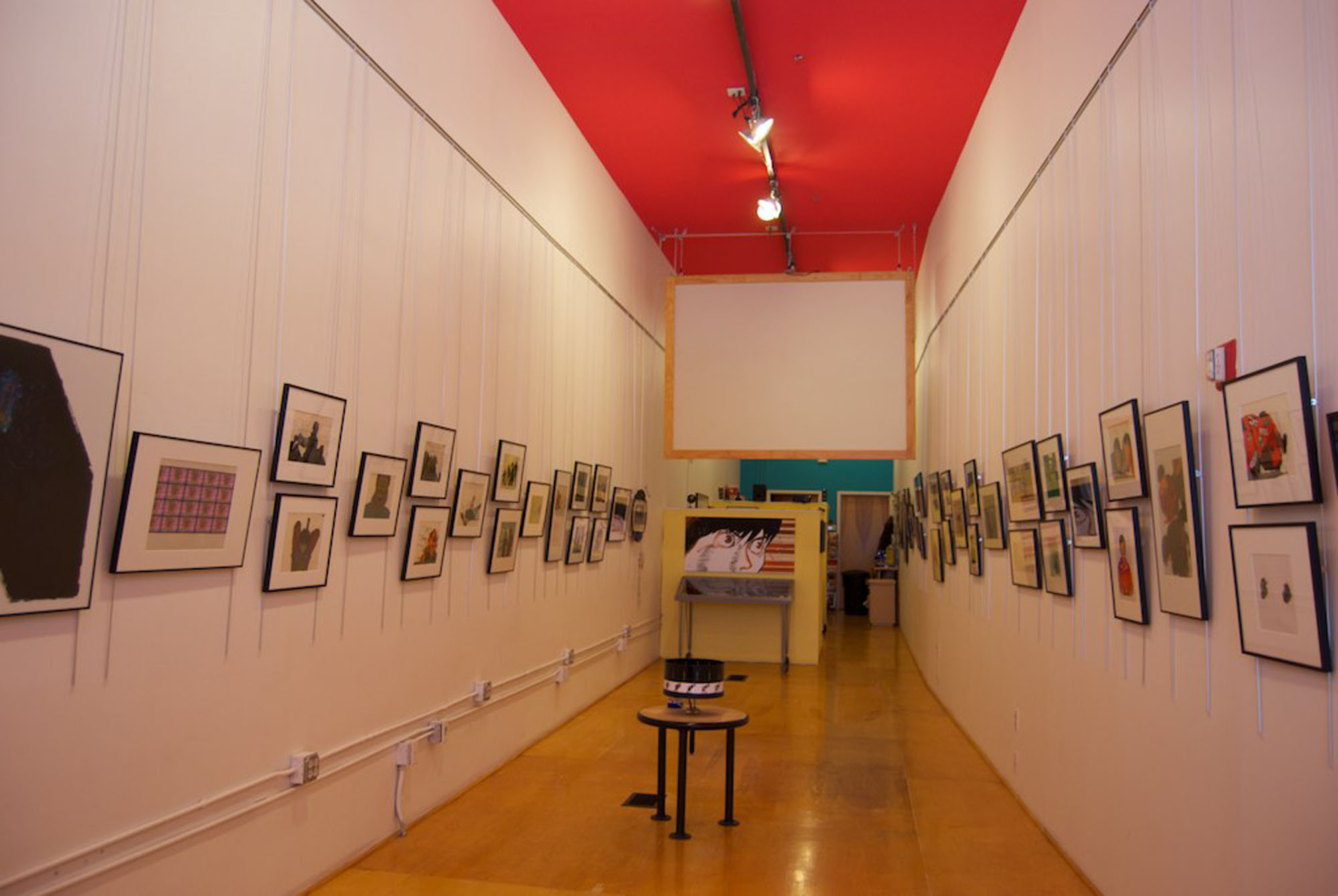 Out in the open: Joe Peacock's collection of 'Akira' cels was put on display at the 'Art of Akira' exhibition at ToonSeum in Pittsburgh, Pennsylvania. | DAN TABOR / CC BY-NC-ND 2.0

Thirty years on, the animation quality on display in “Akira” is virtually unrivaled. We reached out to Benjamin Ettinger, founder of Anipages, a site dedicated to anime analysis, to help break down some of the film’s most iconic shots.

Probably the film’s most iconic shot, Kaneda’s motorcycle stop has been paid tribute to in productions ranging from “Star Wars: Clone Wars” to “Adventure Time” to “Ready Player One.” It was drawn by Hitoshi Ueda with corrections from Koji Morimoto and, says Ettinger, “was actually one of the first shots animated, for use in advance publicity.”

Takashi, aka No. 26, uses his psychic powers to bring a beer ad crashing to the ground during the riot scene animated by Hiroyuki Okiura. “Spectacular effects animation is one of the aspects that made the film unforgettable by providing that underpinning of realism.”

One of the most impressive shots doesn’t involve any action — it’s a line of dialogue. This shot “closely matches the expression and mouth to each syllable, which is not something typically done in anime.” Animator Takashi Nakamura drew close to 50 key frames for the shot, which lasts less than seven seconds.

As Tetsuo begins to transform into what Ettinger calls “The Blob That Ate Neo-Tokyo,” his makeshift arm goes out of control, firing out and grabbing Colonel Shikishima. “I like the expression of incomprehension in his face, showing that even he can no longer control what’s happening to himself.”