“Akira,” the Katsuhiro Otomo anime film that celebrates its 30th anniversary this year is so often cited as influential, it’s almost a cliche. Type “Akira influence” into your search engine of choice and you’ll be hit with article after article about how the film inspired “The Matrix,” “Inception,” “Stranger Things” and more.

Years before any of those films or series, “Akira” helped influence the course of one American’s career — and inspired him to move halfway across the world. Shibuya-based illustrator David Roy, who was born in the southern U.S. state of Louisiana, took the rare step of moving to Japan in the early 1990s to get into the animation industry. It was a decision in which “Akira” played no small part.

“A friend of mine was really into comics, and he dragged me to some local comic book conventions. You know, at that time the only way you could ever see anime was at those conventions,” explains Roy.

“I went, and somebody had on their television a pirated VHS tape of ‘Akira.’ I was like, ‘Wow, what is that?’ It was just a step beyond. At the time no U.S. studios were doing anything on that level. I had never seen a big, adult-oriented production of such high quality.”

“I was very inspired by it,” Roy says. “It prompted me to take a Japanese course and try to draw in that style. And being young and idealistic, I was like, ‘I’m going to do it the pure way, go to Japan and learn from the masters.'”

Roy’s Japanese teacher advised him to come to Japan via the JET Programme. After teaching English in the countryside for two years, he moved to Tokyo and enrolled in an animation school. After graduation, he began working at an anime studio as one of the few foreigners in the industry, illustrating frames for series like “The King of Braves GaoGaiGar,” “Gasaraki,” and “Crayon Shin-chan.” He even did some work on “Freedom,” a series that featured character and mechanical designs by none other than “Akira” creator Otomo.

Roy also began developing a potential animated series pitch with a few creative partners, cooking up designs for a “gritty, urban, street-level cyberpunk” world. While creating the characters and mechanical designs for the series, he says, he had “‘Akira’ in the back of my mind.”

“Actually, looking back, it was a complete ‘Akira’ rip-off,” he laughs.

Roy had made it to Japan and into the anime industry he’d discovered at those comic conventions — but found that its conditions weren’t exactly conducive to the creative work in which he’d longed to take part. Brutal working hours and low pay — staples of the anime industry since its beginnings — took a toll on Roy and his co-workers.

“About 20 people from my little animation school entered the same studio. Two years later, only three or four of us were left. Some of the people (who left) had really great skill.”

Projects with the scope and ambition of “Akira” have been few and far between since 1988. Smaller budgets in the post-bubble economy have played a part, but Roy argues that industry conditions, and the toll they take on animators and other professionals, are another huge factor.

“If there was better care taken of talent, they would be doing tons of ‘Akiras,'” he says. “They’d be churning out an ‘Akira’ every summer season.”

Roy has stepped away from the anime industry but continues to work on his own creative projects. And he still holds the film that helped inspire him to become an animator in high regard. “‘Akira’ really showed me what the possibilities are,” he says.

Two more animators inspired by the possibilities of “Akira” are Ash Thorp and XiaoLin Zeng, who recently teamed up to create “Awaken Akira.” The one-minute short recreates some of the most iconic imagery from the film in CGI. 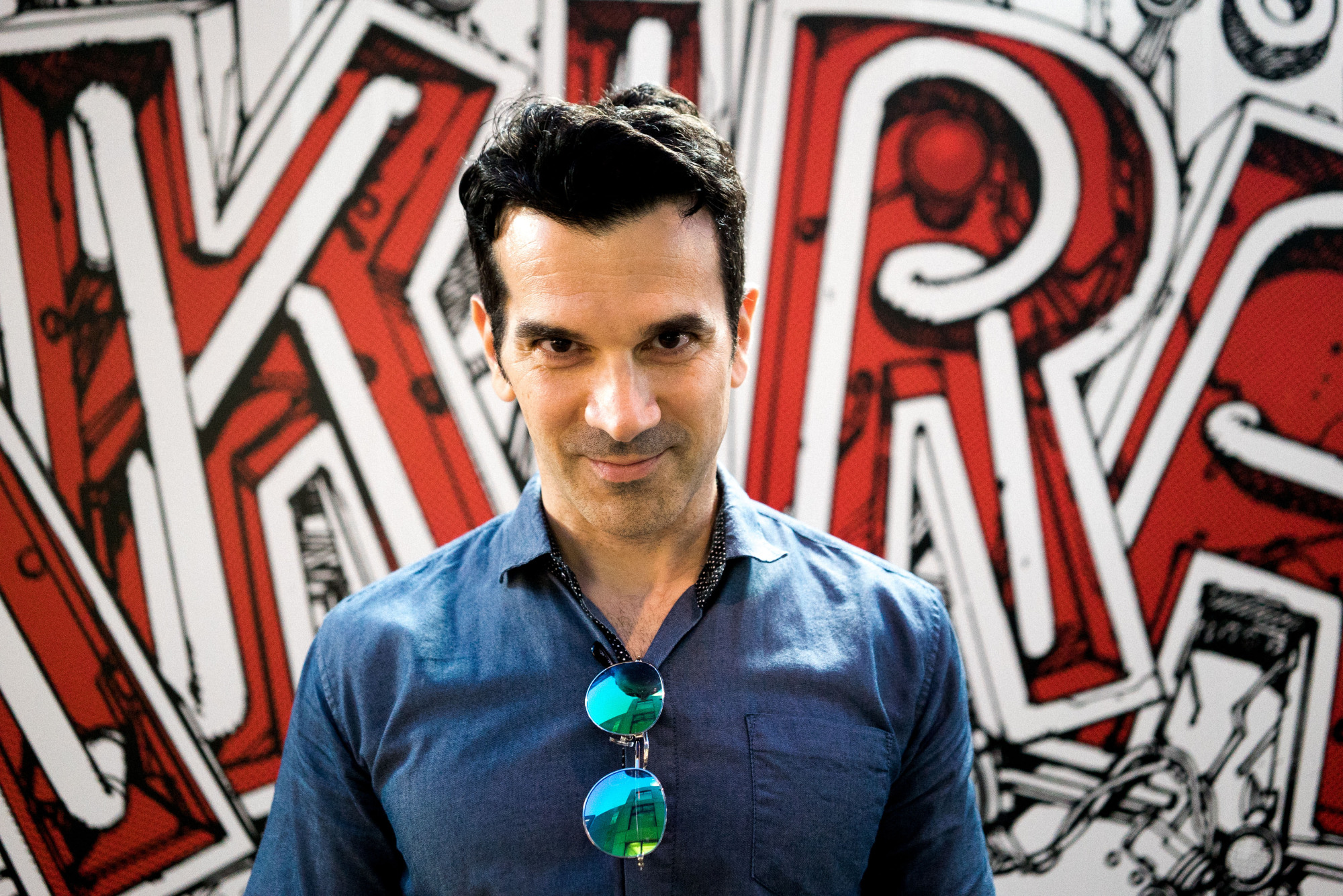 David Roy, who was inspired partly by ‘Akira’ to move to Japan and work in the anime industry. | MATT SCHLEY
‘Awaken Akira’ by Ash Thorp and XiaoLin Zeng.

Despite their status as working professionals — Thorp has contributed to films like 2017’s “Ghost in the Shell,” Zeng created the opening titles for last year’s Pause Fest — the pair poured hundreds of hours into “Awaken Akira.”

“Some people do cosplay and stuff like that … we did a tribute in what we know, which is CGI,” says Thorp, who explains that breaking down and recreating shots from the iconic film also helped him and Zeng grow as creators.

“If you were to study Rembrandt, you could read every book on him and study all his paintings, but not until you attempted to paint like Rembrandt would you understand him,” Thorp says. “I’m not trying to become Otomo, but I do want to understand the ingredients that captivated me as a kid.”

Thorp was introduced to “Akira” by his aunt as a child, but Zeng, who works under the name Zaoeyo, first saw the film just a few years ago.

“Awaken Akira” shows a similar careful craftsmanship. Thorp and Zeng, coordinating between the U.S. and China via Skype (the pair only met in real life after finishing the short), began with a longer draft, then “distilled it down to the feel we wanted,” says Thorp, ending up with a one-minute storyboard. From there, the work moved through several stages, including modeling, texturing, lighting, animation and color grading as the two passed files back and forth.

“It took about a year to make. It should never have been that long,” Thorp laughs. “But trying to achieve what we needed to really took a lot of work. Each shot would take about a month total.”

The short was released in May, and the response has been “overwhelmingly positive,” says Thorp. “The only complaint anybody gives us is that they want more of it. To which I respond, ‘No, no more. It’s brutal!'”

What inspired these two animators to pour so much time and energy into paying tribute to a 30-year-old film?

“How can you not be inspired by Otomo, right? The magnitude of his energy and the work he put out is just crazy,” says Thorp. “There’s so much influence that comes from it in modern pop culture, so it’s good to look back at the original source material.” 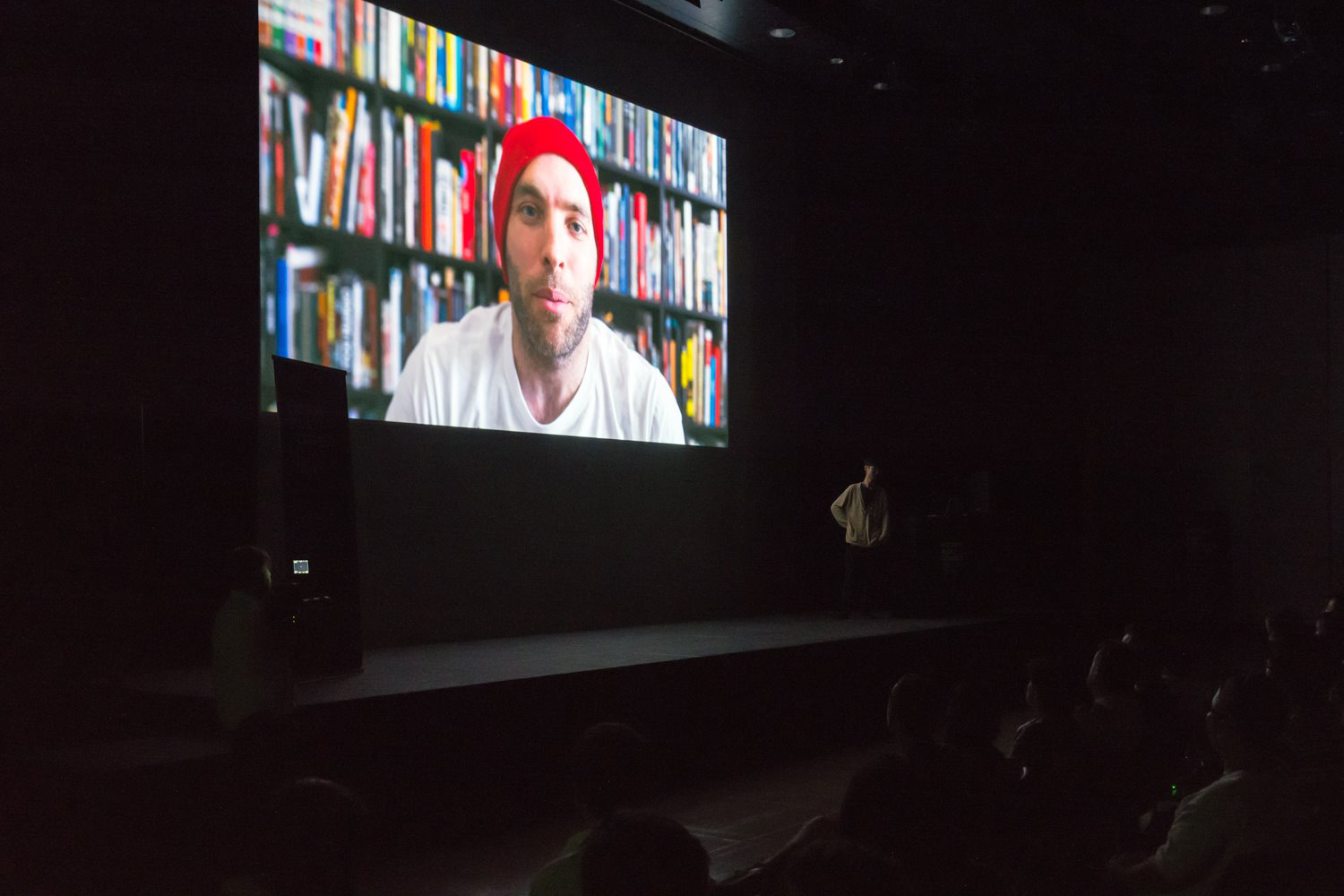 Thorp appears via video link at a screening of his 'Awaken Akira' short film. | MOTION PLUS DESIGN

More fan-driven work to check out

“Awaken Akira” is only the latest in a long list of tributes, parodies and other projects inspired by “Akira.” Here are a few notable examples.

This tongue-in-cheek tribute is exactly what it sounds like: “Akira” recast with characters from “The Simpsons” (Bart is Kaneda; Ralph Wiggum is Akira). Hundreds of artists worldwide have contributed pages to this massive project, re-creating the six-volume manga in “Simpsons” form. There’s even an animated trailer for an imaginary “Bartkira” film. If only.

Speaking of trailers for imaginary films, “The Akira Project” is just that: a trailer for a what-if live-action version of “Akira,” created with the goal of “sticking as close to the source material as possible” (as opposed to the long-gestating Hollywood remake, at one point rumored to take place in New Manhattan and star Leonardo DiCaprio). The project raised thousands of dollars to defray production costs from fellow fans online.

The folks behind “The Akira Project” aren’t the only fans skeptical about the injustice Hollywood might do to their beloved film. Parody animation “The American Akira” takes the idea to the logical extreme, imagining the film’s motorcycle-riding bōsōzoku protagonists as baseball-playing, prom-going all-American teens. Enough viewers believed the parody trailer was real, apparently, that its creator had to add a disclaimer.

“Akira” superfan Masashi Teshima spent years (and over ¥10 million) creating a perfect replica of Kaneda’s iconic motorcycle from the film, which even got the official thumbs-up from Katsuhiro Otomo. Once the bike was finished, Teshima proceeded to ride it around Japan, raising awareness and funds for an autism charity. We’d say that makes him pretty much the coolest “Akira” fan on the planet.