At age 15, Reina Kaneko showed the world that she has all the right moves. Now at 18, as breakdancing nears Olympian validation, this hip-hop dance prodigy is already mentoring the next generation

At age 15, Reina Kaneko showed the world that she has all the right moves. Now at 18, as breakdancing nears Olympian validation, this hip-hop dance prodigy is already mentoring the next generation

Born leader: Reina Kaneko has turned to mentoring the next generation of hip-hop dancers through classes and workshops. RYUSEI TAKAHASHI

An 18-year-old student, Reina Kaneko has not set a specific goal for her life. That’s not because she still cannot find a passion to drive her, but because she has already accomplished so much in her career as a professional dancer.

Since she began performing jazz and hip-hop dance at the age of 5, Kaneko (who, professionally, is known by her first name only, stylized as ReiNa) has won multiple titles in hip-hop and freestyle dance competitions — in Japan and elsewhere in Asia — and has worked as a backup dancer for pop stars such as Justin Bieber and Chris Brown.

Currently, Kaneko gives lessons twice a week to dance students, most of whom are older than her. Almost every weekend, she hops on a shinkansen — or sometimes an airplane — to hold dance workshops all over Japan.

“I was eager to win titles before, but it’s not really my priority anymore,” says Kaneko. “Now, I want as many people all over the world to know about me, and I want them to be inspired or feel happy through my dance. I guess that’s my dream now.”

She seems to be on the right track to achieve that goal, given that a number of her 100,000 Instagram followers live outside Japan. In fact, the dancer often receives job offers via direct message on Instagram from outside of Japan. She has held dance workshops in China, the Philippines, Hong Kong, Indonesia, Singapore, South Korea, the United States and Thailand, and usually conducts at least one seminar in one of those countries each month.

Some might consider it risky for such a young person to fly off to meet someone unknown. However, Kaneko says that she always communicates with local dancers she already knows well to ensure the studio she is going to is trustworthy.

“Once you build a network of connections with other professional dancers overseas, everything works smoothly, she says. “My mom is still worried though.”

Her international presence received a significant boost when she won the Asian title at a one-on-one freestyle dance battle competition called Radikal Forze Jam, held in Singapore in 2017 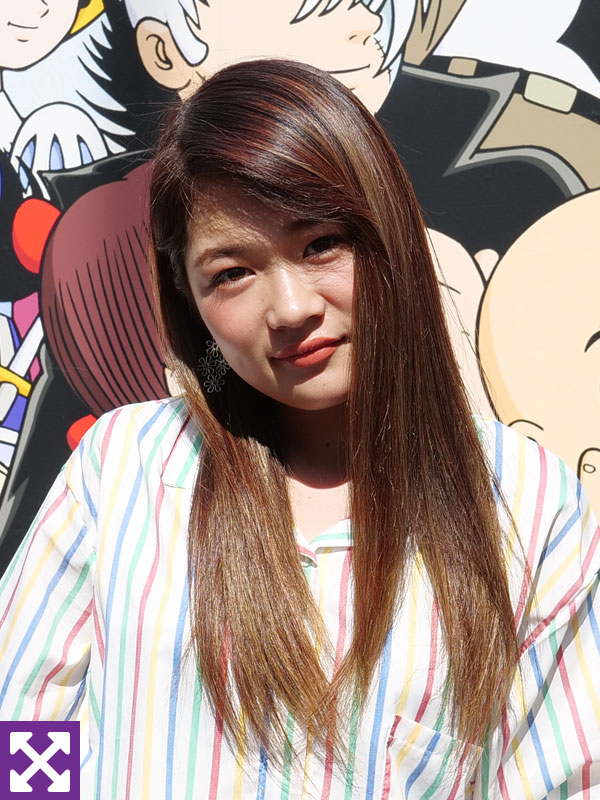 Murder on the dancefloor: Kaneko (right) has taken part in numerous dance battles, in which dancers show off their moves to impress judges and audience members. CHISATO TANAKA

In a freestyle dance tournament, dancers try to outperform each other by showcasing any kind of dance they choose in front of a crowd — while following a random music selection played for between 30 and 60 seconds.

After each of the dancers take their turn, the judges — who have one vote each — decide the winner based on creativity and movement, as well as how much the dancers impressed the audience. The competition proceeds in a round robin format until there is one person left standing, or dancing in this case.

As it is named “freestyle,” performers showcase whatever moves they feel match the music that is being played. Some dancers stick with one style during their entire performance while others mix a few different types of dance.

The primary type of dance that is showcased in a freestyle battle is street dance, which refers to the kinds of movement often associated with hip-hop and breakdancing.

Some of the significant street dance moves seen in a freestyle battle include popping — jerking the body by quickly contracting and relaxing muscles; locking — freezing from a fast flow and holding that position for a short while and then continuing at the same speed as before; breaking — a dynamic combination of moves that often require dancers to keep spinning their entire bodies on the floor while balancing on their hands or back.

There are expectations that breakdancing will be added to the lineup of the 2024 Paris Olympics after a final decision is made at the IOC Executive Committee’s meeting in December. Even for Kaneko, who does not breakdance herself, strictly speaking, this news is important, as she says it may change people’s image of dance in a positive way.

“I think there are still people who have a negative image of dancing, but I hope the Olympics will interest more people and help them see how great dancing is,” she says.

Some time ago, Kaneko won the title in the freestyle tournament for contestants up to 15 years old by defeating two girls and four boys in a row. In a freestyle battle, competitions are divided by age, and gender is not considered.

The secret of her skill, Kaneko says, is that she does both hip-hop show dance and freestyle. Each requires different skills and therefore it stimulates her creativity.

I sometimes compete with huge American guys who are 50 centimeters taller than me. I need to come up with gigantic moves that make me look as impressive as they are.”

“During freestyle dancing, moves that I could not expect naturally come up from my body … in that sense, it’s a type of art I create in a way that sometimes surprises me,” says Kaneko. “As for (hip-hop) show dance, I like elaborate choreography, and I feel a sense of euphoria when a part that I expected to impress the audiences actually occurs.”

She also says that listening to a wide variety of music is crucial to her ability to dance to the beat in a freestyle battle because dancers often must dance to music they have never heard before.

“I need the skill to dance smoothly to the beat of whatever music is playing,” she says. “So, I listen to many different types of music whenever I have time. Listening to music is also a major part of my work.”

While some people may see Kaneko as something special, due to her natural ability to dance to a range of different beats so smoothly, Kaneko’s longtime teacher, Atsuko Ozawa, says that her student was not really so different from her peers when she first started dancing.

“To be honest, I never really thought she would get to the level where she is today when she joined my class at the age of 5,” says Ozawa. “But when she switched from jazz to hip-hop, I could see her actually enjoying and practicing hard.”

Recently, Kaneko has gone beyond simply performing, as she has been invited to judge competitions that she had previously won. Since no clear benchmarks or rules exist in judging a freestyle battle, the task can be truly subjective.

“Sometimes I lost when I was totally sure I had won, and sometimes I won when I thought I did not perform well at all,” says Kaneko. “(But) when I work as a judge, I not only see their techniques, I also consider if the dancers are making moves that can only be created by them.”

Kaneko is currently taking a distance learning course to get her high school diploma after quitting high school to pursue her career just three months after entering the school.

It was a bold move, but Kaneko’s mother, Harumi, says that it was more of a natural process because her daughter could hardly be expected to attend regular classes due to her tight work schedule.

“I wanted her to do what she thought was the best for her career,” Harumi says.

As she is now 18, Kaneko has entered the category of adult dancers, and she says freestyle battle dancing is more challenging and exciting for her.

“I sometimes compete with huge American guys who are more than 50 centimeters taller than me,” she says. “I need to come up with gigantic moves that make me look as impressive as they are.”

Asked about the meaning of dancing for her, Kaneko laughs.