A little girl dressed in kimono for her shichi-go-san festival. HIROTO HATA

Five-year-old Yua Funato was found unconscious at a Tokyo apartment in March, her feet severely frostbitten and her face and body covered with bruises that were inflicted by her 33-year-old stepfather. She was later pronounced dead at a hospital from pneumonia-induced sepsis caused by malnutrition.

Reports said she weighed around 12 kg at the time of her death — as much as an average 2-year-old — after subsisting on one meal a day.

“Mama, I will try to make myself do better tomorrow than I did today, without being told by Papa and Mama, so please forgive me. Forgive me. I beg you,” Yua scribbled in a notebook she used for drills. She was reportedly forced by her stepfather to wake up at 4 a.m. to practice writing hiragana and was frequently locked out on the balcony in near-freezing temperatures.

Perhaps it was the child’s final, written plea for mercy that shook the nation like no other child abuse story in recent years. The case stirred widespread anger and prompted the government and municipalities to move against a phenomenon that has seen an alarming surge in reported cases.

The tragedy also brought a marked change in a society where public discourse on child abuse is generally shunned, triggering a grassroots movement to raise awareness through open dialogue.

“I used to shut out news about child abuse because I knew it would tear me up,” says Kamiko Inuyama, an essayist and a mother of a soon-to-be 2-year-old daughter. “But Yua’s case — that was the drop that made the glass overflow. I knew I had to do something.”

In June, Inuyama, who has 80,000 Twitter followers, began circulating a hashtag that translates as: “I won’t support lawmakers who won’t tackle the issue of child abuse.” The 36-year-old raised the matter during television and radio appearances and set up a team of volunteers composed of friends with influence — well-known musicians and television personalities — calling themselves Kodomo no Inochi wa Kodomo no Mono (Children’s Lives Belong to Children).

The team compiled online reactions to the issue and handed them to Hideki Makihara, then senior vice minister at the Health, Labor and Welfare Ministry, along with a set of proposals.

Inuyama and other members, including singer Miu Sakamoto, the daughter of musicians Ryuichi Sakamoto and Akiko Yano, took turns visiting foster homes and mayors of wards in Tokyo and talking to staff at child care institutions, abuse victims and child psychologists to get a better understanding of the situation.

On Nov. 20, the group launched multiple crowdfunding campaigns to help children, parents and institutions in need of financial aid in relation to child abuse under the banner Kodomo Gift, utilizing social media to spread the word.

“One of the most direct and effective things we can do is to collect money for people and institutions on the front line tackling the issue, but there is a general reluctance in Japan toward donating,” Inuyama says. “We want to change that attitude.”

Japan ranked 128th among the 146 countries surveyed for the CAF World Giving Index in 2018. The report looks at three aspects of giving behavior: helping a stranger, donating money to a charity and volunteering time to an organization.

Still, this isn’t the first time the nation has sprung into action following reports of fatal child abuse cases. The Orange Ribbon movement — a citizen’s campaign seeking to eliminate child abuse by using an orange ribbon mark as a symbol of prevention — was born following a 2004 incident in which two brothers, 3 and 4 years old, were assaulted by their father’s friend and thrown off a bridge into a river to their deaths. 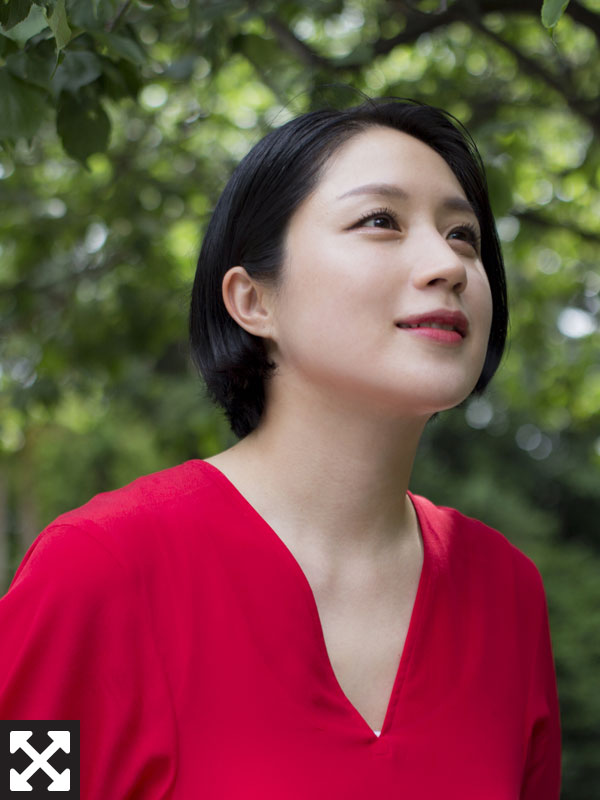 I used to shut out news about child abuse because I knew it would tear me up. ... But Yua’s case — that was the drop that made the glass overflow. I knew I had to do something.’

On average, 50 children lose their lives to abuse each year, while the number of cases handled by child consultation centers climbed to nearly 134,000 last year, according to the welfare ministry, marking 27 straight years of increase since comparable data became available in 1990. Meanwhile, the number of children in Japan has fallen for the 37th straight year, according to the internal affairs ministry, and those under the age of 14 stood at 15.53 million as of April 1, down 170,000 from the previous year.

The surge in reported cases despite a drop in the number of children may be attributed to the erosion of the nuclear family and increasing awareness among the public that psychological mistreatment — including witnessing domestic violence — can also be considered child abuse.

“The trend, I believe, is also closely linked to poverty, especially among single mothers,” Inuyama says, explaining that vented stress induced by financial hardship is often directed against the most vulnerable. Last year, the welfare ministry released a report saying that just over half of single-parent households are under the poverty line.

Despite changing public attitudes, child welfare institutions still face a not-in-my-backyard backlash from those living in the vicinity.

A group of residents in Tokyo’s pricey Minami Aoyama district has been opposing plans to build a child consultation office on a 3,200-square-meter plot of land in the area, known for designer brand stores and high-end restaurants, claiming it could bring down the value of the neighborhood.

Sayuri Ichigatsubo, who heads the Ichigo Initiative volunteer group that visits foster homes to cheer up children, sat in on one of the public hearings held in October, where Minato Ward officials explained the project to concerned residents. “Some of the arguments were ridiculous — one resident said such an institution is unworthy of the area,” the mother of a 12-year-old daughter recalls.

The ward plans to open the complex in 2021, which will also include a facility to shelter impoverished single mother families. Some residents, however, have voiced concern that children held in temporary custody could run away, implying they could become a public nuisance.

The spat over the project comes after the government of Prime Minister Shinzo Abe announced emergency steps in July to boost the number of child welfare workers by around 60 percent, adding 2,000 within the next five years to the current 3,250 or so. The decision followed criticism that welfare workers’ failure to identify and act on the dangers that Yua faced may have proved fatal, as experts say is often the case with child abuse-related deaths.

Simply increasing the number of workers, however, may not solve the problem.

Child welfare workers are public servants, and are transferred to other posts every few years, making it difficult to develop professional expertise, Ichigatsubo says.

There are over 200 such child consultation centers in Japan, staffed by counselors who can take individuals under 18 to temporary shelters. Officials there can decide whether the child should be returned to their family, live with foster parents or reside in an institution, such as Seibi Home, a children’s home founded over seven decades ago by the Salesian Sisters, a Roman Catholic teaching order, to care for war orphans. 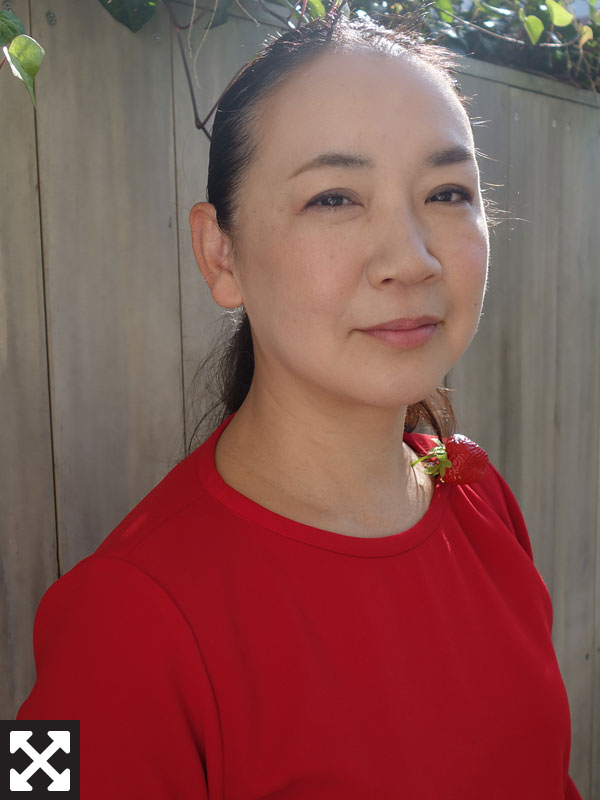 Yua’s case was a catalyst for many to take action. But we also need to remember there are many more children who have survived abuse who need our support and understanding.

Ichigatsubo and members of the Ichigo Initiative — a loosely knit outfit composed of various professionals, many in the fashion industry — visited the facility in Tokyo’s Akabane district in October to help celebrate the shichi-go-san festival for 3- and 7-year-old girls and 5-year-old boys. Hair and make-up artists from cosmetics giant Shiseido Co. as well as freelance photographers were among those present to help prepare the boys and girls for the occasion and document the day.

“I think Yua’s case was a catalyst for many to take action,” says Ichigatsubo, a freelance public relations consultant who has been volunteering since 2009. “But we also need to remember there are many more children who have survived abuse who need our support and understanding to heal their wounds.”

A total of 92 children aged 2 to 18 are currently enrolled in the facility. It is one of the largest of its kind in Tokyo and among the 600 or so in Japan.

Sister Yuriko Yoshida, the assistant manager of Seibi Home, says unlike the postwar days when the facility primarily housed orphans, most of the children they look after now are victims of abuse, which is generally classified under four categories: physical, psychological, sexual and neglect.

0
The average number of children who lose their lives to abuse each year in Japan
0,000
Number of cases handled by child consultation centers last year

“Many struggle emotionally and academically,” she says. “And as they come to terms with their past and enter adulthood, it’s important they have a place to call home.”

Takanobu Sugimoto, a volunteer at Hoshinoko Kids, a group supporting Seibi Home’s activities, has been tutoring children in the institution so they can keep up with their studies. Still, he says many who graduate from the home require assistance in adjusting to society but are often reluctant to reach out.

“It’s important they have adults they can trust and talk to, and that they understand it’s okay to depend on the home when in need of help,” he says.

The facility, however, is aging, having been built nearly half a century ago.

Plans are underway to tear it down for a new complex by 2021, but Yoshida says government subsidies only cover living quarters and won’t be applied to constructing what they call the “Salone,” a multifunctional hall that hosts Christmas parties, graduation ceremonies and various sports and musical events and workshops for children.

The same hall saw children mingle with Michael Jackson in 2006 and Justin Bieber in 2014. “It’s the one place where all of us can gather and interact,” Yoshida says.

Of the roughly ¥120 million needed to build the Salone, ¥50 million has been collected through anonymous donations and contributions from volunteer group Jackson Aid Tokyo, she says. “We need to gather another ¥70 million in three years for the project to materialize.”

“I’m pleasantly surprised at how swiftly things are moving,” Inuyama says. The initial ¥2 million target set for the Salone has already been met, with weeks to go before the Dec. 25 deadline. In fact, five out of six campaigns launched by the group are already into overfunding and setting new goals.

“We may be witnessing a change in people’s mindsets,” Inuyama says.

“The key is continuity. We need more campaigns — we need to make this an ongoing project that happens every year.” 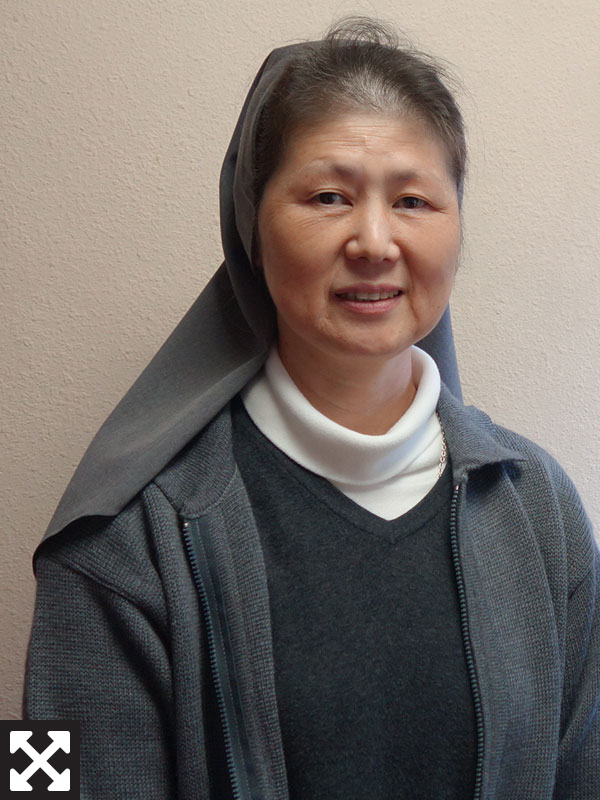