A weekend in Sapporo

A view to kill: The city of Sapporo as seen at dusk from the viewing deck of Mount Moiwa. The mountain can be hiked in around an hour, or quickly ascended via the ropeway system. OSCAR BOYD

Famous for its snow, Sapporo still has much to offer in its warmer months

For more than a third of the year, Sapporo is buried beneath thick snow. During its warmer months, however, the city shrugs off its winter coat and bursts into life.

If winter is uncomfortably cold, then summer is refreshingly cool; Sapporo doesn’t suffer from the extreme humidity and heat of the cities in the rest of Japan.

Perhaps it’s for this reason that almost 2 million people call Japan’s northern capital home, or perhaps it’s the fact that despite the cold, the city has a bounty of opportunities for any traveler, whether you are there for a weekend, a week or longer. 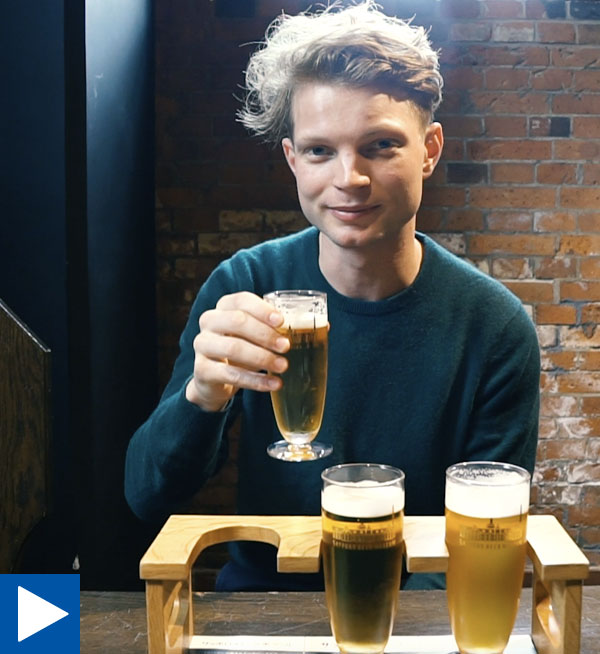 Though its stylish decor and quality coffee will likely leave you lingering for longer than you intended, start with a visit to Mingus Coffee (Ozawa Bldg. 7F, Nishi 1, Minami 1-jo, Chuo-ku). Named after jazz musician Charles Mingus, staff at the shop play tunes from a wide selection of vinyl and CDs through twin Altec Lansing speakers.

Take Sapporo’s charming tram loop to Ropeway Iriguchi Station to climb Mount Moiwa (Fushimi 5-3-7, Chuo-ku). The mountain can be walked in just over an hour, but a quicker option is the series of ropeways that run to its summit.

The round-trip fare isn’t cheap at ¥1,700, but the viewing deck at the top offers panoramic views across the city and all the way to the Sea of Japan in the north. The deck stays open late into the evening, and it’s well worth watching the city transition into night.

A feast fit for an emperor — dinner

Down an alleyway in the bustling central Susukino neighborhood is the smoky two-floor dining hall of Daruma (Crystal Bldg. 1F, Nishi 4, Minami 5-jo, Chuo-ku). Here you can try one of Hokkaido’s culinary treats: jingisukan.

Named after Genghis Khan, the founder of the Mongol Empire, jingisukan is essentially DIY lamb barbecue (in prewar Japan, lamb was thought to be the meat of choice for soldiers of the Mongol Empire). Daruma’s menu is limited to lamb, rice and some side dishes such as kimchi and nori seaweed, but it is a high-quality, communal affair with shared tables that put you shoulder to shoulder with other guests.

Sapporo’s history is intertwined with that of its most famous export: Sapporo beer. But the city is also home to an active craft brewery scene. North Island Beer has its brewery outside the city, but its dedicated bar, Beer Bar North Island (Large Country Bldg. 10F, Nishi 4-10-1, Minami 2-jo, Chuo-ku) is located near the central Tanukikoji shopping arcade.

The bar has eight beers on tap, as well as several guest beers each month from different craft breweries around the country. Up on the 10th floor, the bar’s wide bay windows afford a fine vantage point from which to view the city. 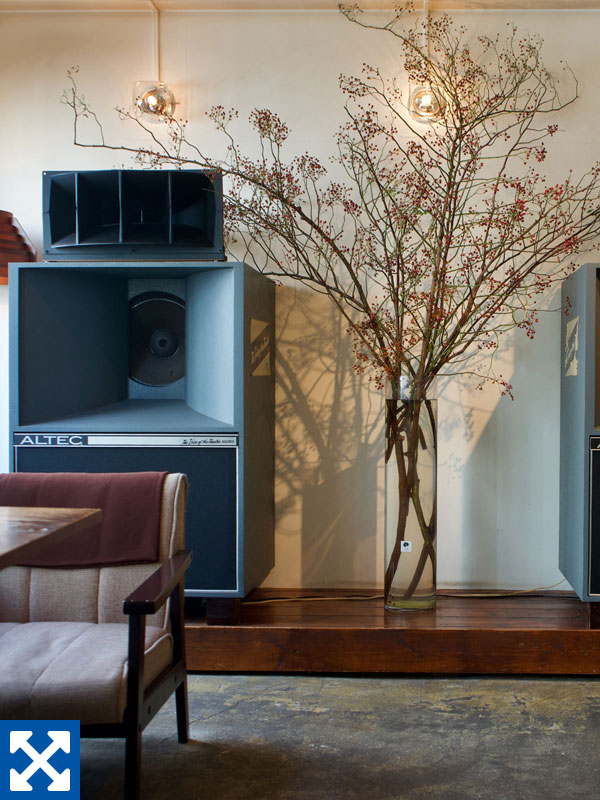 The Oyashio current brings nutrient-rich water from the North Pacific Ocean to the waters off Hokkaido, which in turn promotes the growth of marine life, and provides a bountiful catch. Hokkaido boasts the highest catch of crab of any region in Japan, much of which works its way to Nijo Market (Higashi 1, Minami 3-jo, Chuo-ku) in Sapporo.

The market is open daily from 7 a.m., and there are few better places for breakfast in the city. The king crab and rice bowl at Nijo Kani Shijo is a filling breakfast for two, and comes loaded with crab meat. Before heading on, stop at the other stalls for a diverse range of shellfish (grilled or raw) and other fresh produce.

An hour south of the city is Sapporo Art Park (Geijutsunomori, Minami-ku), an art space founded in 1986. Within the grounds of the leafy park is the Sapporo Art Museum and the Sapporo Sculpture Garden.

The garden is home to 74 pieces from 64 artists and each sculpture was designed to complement its natural setting. Though the garden is only open from April to November, special snowshoeing events take place in winter. The Sapporo Art Museum, which features pieces by artists with strong ties to Hokkaido, is open year-round.

Back in the city, head down a steep set of stairs to the ever-busy, Americana-themed Garaku (Nishi 2-6-1, Minami 2-jo, Chuo-ku).

The restaurant’s air is heavy with the aroma of spices, used to flavor the soup curry that is the restaurant’s signature dish. Inspired by medicinal soups and curries from mainland Asia, the dish originated in Sapporo in the ’70s, and comes loaded with locally sourced vegetables and a powerful infusion of spices. 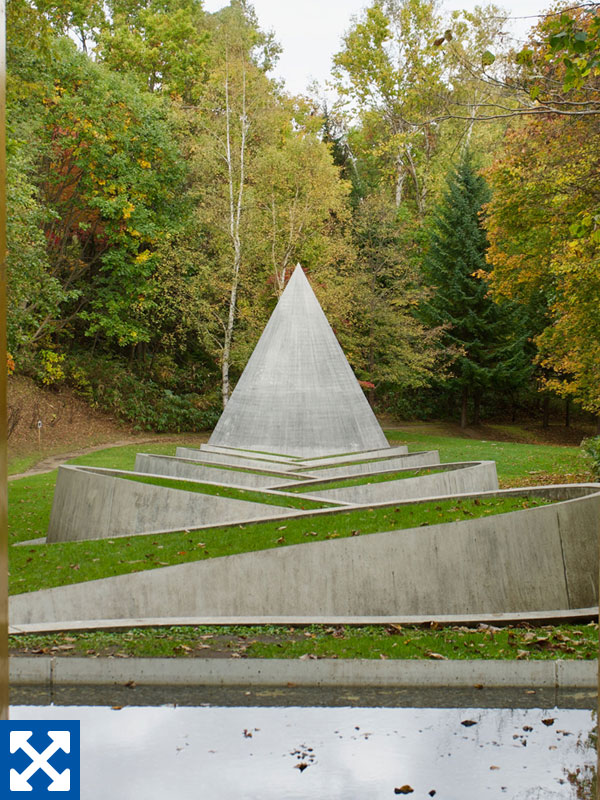 One of the original, red brick factories used to brew the city’s eponymous beer has since been converted into the Sapporo Beer Museum (Higashi 9-1-1, Kita 7-jo, Higashi-ku).

The upper two floors introduce the history of the company and development of the beer in four languages, including English, but the main event is the first-floor beer hall, where visitors can purchase cheap tasting sets of different varieties of Sapporo. Tours are available for ¥500 every 30 minutes, but are in Japanese only.

The bean-to-bar chocolate movement has taken on a life of its own in Japan, with shops popping up in most major cities across the country.

Sapporo’s contribution to the trend is Saturdays Chocolate (Salmon 1F, Higashi 2-7-1, Minami 2-jo, Chuo-ku) which has a beautiful display of artfully wrapped chocolate bars, all made by staff in the back of the shop (peak in through the windows past the main counter), alongside artisanal products such as bankan orange slices dipped in dark chocolate. The hot chocolate and soft-serve chocolate ice cream are ideal afternoon treats.

Finish your day as it began, with fresh sea food, well-presented.

Some of Japan’s finest sushi restaurants exist within the boundaries of Sapporo, but among these, Sushi Miyakawa (Minami 1-jo, Nishi 24-1-30, Chuo-ku) reigns supreme. It was awarded its third Michelin star in the 2017 Hokkaido Michelin guide and, if you can get a reservation at the intimate counter restaurant, chef Masaaki Miyakawa creates perfectly formed morsels of Edomae sushi. At ¥20,000 a head, it’s not cheap, but compared to Tokyo prices it’s an absolute steal.

For those on more of a budget, Sapporo is home to five branches of Nemuro Hanamaru, a classic purveyor of kaitenzushi (conveyor belt sushi). The fish is sourced from Nemuro, a fishing town on the eastern coast of Hokkaido, where the restaurant’s first store exists to this day. Queues tend to be long, but move quickly and are more than justified by the sushi. 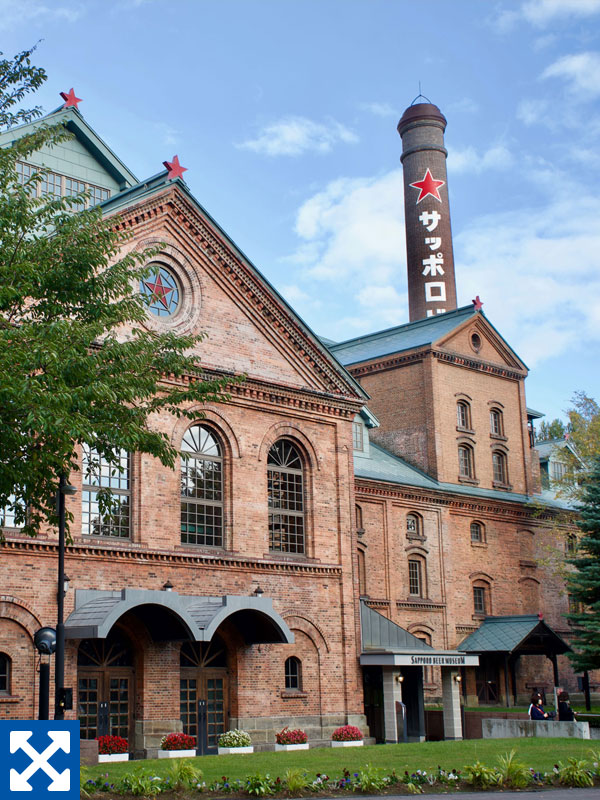 Modern history: An old red brick Sapporo beer factory now functions as the Sapporo Beer Museum, where visitors can learn about the history of the company and sample a variety of Sapporo beer. OSCAR BOYD

An hour northwest of Sapporo is the port town of Otaru. The train journey there from Sapporo Station is noteworthy in its own right, running along the rocky shore of Ishikari Bay — a popular surf spot — for much of its course.

Historically, Otaru served as the port town for Sapporo and the short segment of the Otaru Canal that remains is an ode to that history, complete with Victorian-style street lamps.

Many of the warehouses have been gentrified into trendy cafes and restaurants and, if you’re in the mood for breakfast, stop in for the excellent pastries at Otaru Times Garten (Minatomachi 5-4, Otaru-shi), before heading to Sakaimachi Street (Sakaimachi, Otaru), to explore local craft stores and glass blowing workshops.

Baikohken is an offshoot of the Michelin guide-recommended ramen shop of the same name in the town of Asahikawa in central Hokkaido. Its specialty is shōyu (soy sauce) ramen, with thick cuts of chāshū pork, but it also serves a mean bowl of miso-buttercorn ramen.

This is the third installment of a monthly series that will introduce each of the 12 host cities of the 2019 Rugby World Cup. 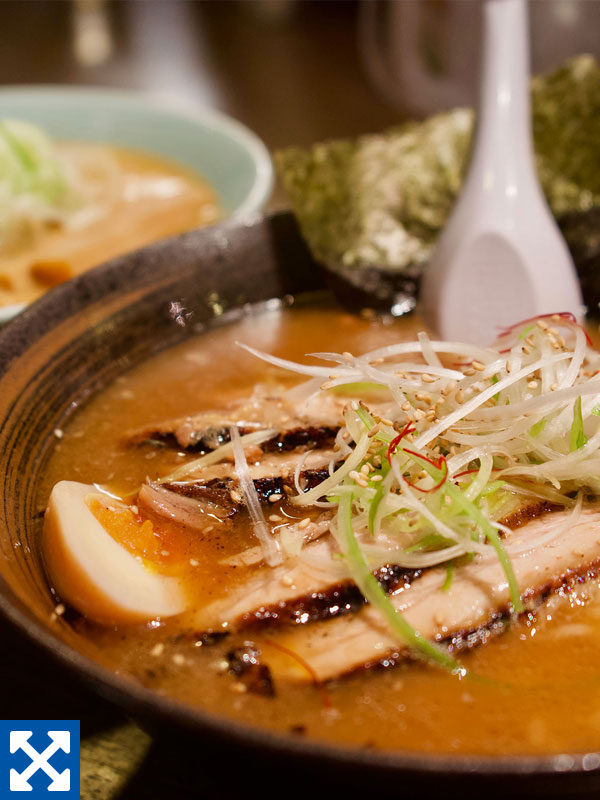 From Sapporo Station, take the Toho Line approximately 15 minutes to Fukuzumi Station and then walk another 15 minutes to the stadium.

Sapporo is served by New Chitose Airport (Bibi, Chitose), which is a 40-minute train ride away from the center of the city. Sapporo Station acts as the rail hub for the city, but express trains to Tokyo run from Sapporo Station via Shin-Hakodate-Hokuto Station.

Sapporo’s public transport system is comprehensive, with three subway lines, a circular tram route and a wide coverage of bus networks outside the city center. The underground walkway at Odori Station connects all three subway lines.

From luxury hotels to budget hostels, Sapporo offers a wide array of accommodation, befitting its status as the capital city of Hokkaido.

For a more traditional experience, consider staying closer to Otaru. The port town is home to a number of ryokan inns with attached hot-spring baths. Ginrinsou (Sakura 1-1, Otaru), the former estate of a herring merchant, is over 130 years old and has open-air baths and tatami rooms with views overlooking Otaru Port.

Map: A weekend in Sapporo