A weekend in Osaka

A sensory feast in the nation’s kitchen

Kansai’s largest city is all about having a good time

As Japan’s third largest city by population, Osaka is the heart of the Kansai region and the birthplace of cultural triumphs such as the Takarazuka Revue (the all-female musical troupe known for its gender-bending actresses), instant noodles, karaoke and kaiten-zushi (conveyor-belt sushi).

The colorful port city has a long history as western Honshu’s lively economic hub, a reputation that is immediately on display in the food, entertainment and, most importantly to the locals, the sense of humor. 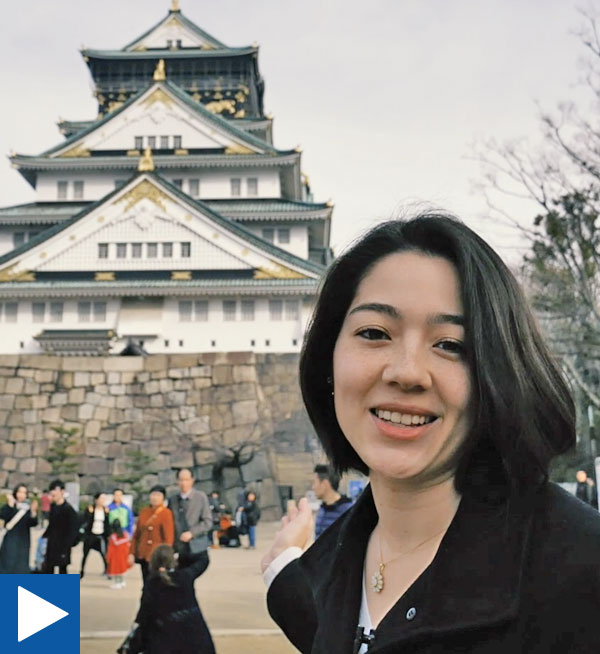 VIDEO: Join Japan Times reporter Alyssa I. Smith as she uncovers the best of Osaka.

Start your day at Chitose (Nanbasennichimae 8-1, Chuo-ku), a tiny noodle shop located in the Namba district that specializes in Osaka’s take on beef udon noodles.

The simple but filling dish, known as nikusui, is an Osaka favorite and, although the tiny restaurant’s exterior doesn’t grab your attention like its gaudier neighbors, tables fill up quickly. You’ll likely end up bumping elbows with strangers, and the relaxed communal atmosphere will have you soon feeling like a local.

After breakfast, head over to one of the city’s most famous and historical landmarks, Osaka Castle (Osakajo 1-1, Chuo-ku). Construction of this five-story castle began in 1583 under Toyotomi Hideyoshi (1537-98), a powerful feudal commander during the Sengoku period (1482-1573).

Hideyoshi, known as one of Japan’s “great unifiers,” used the castle as a stronghold during a period known for its wars, and succeeded in temporarily bringing peace to the country. Make sure to check out the exhibitions inside the castle to get a sense of the city’s history and get up close to the walls with a boat trip around the castle’s moats.

Next, venture out to Dotonbori, the city’s most famous food district. Once you’re there, it will come as no surprise to learn that Osaka is known as the “nation’s kitchen.”

Here, the city’s energy is on full display, and the street’s vibrant establishments offer Kansai staples such as takoyaki (fried dough balls with octopus) and okonomiyaki (savory Japanese pancakes) every few meters.

Around the corner from Takoya Dotonbori Kukuru is the famed Glico sign (Dotonbori 1-10-2, Chuo-ku), a giant billboard installed in 1935 as an advertisement for the Glico confectionery company. Over the years, the billboard, which features the image of a triumphant runner with open arms, has become a symbol of the area and a popular place for tourists to take photos. Try finding a spot on Ebisu Bridge (Dotonbori 1-6, Chuo-ku) to work your best angles.

To get a sense of Osaka’s fashion scene, make your way to Amerikamura (Nishishinsaibashi 1-2-4, Chuo-ku), also known as the American Village. The area gained its name from the numerous stores that focus on clothes and fashion goods from the West. You may miss it if you aren’t looking carefully, but the most American sight of all is the Statue of Liberty replica mounted on the roof of a building near Triangle Park.

Triangle Park is more a small patch of concrete than an actual park, but it’s a popular hangout spot and makes a great place to check out Kansai’s young locals dressed in the latest fashion trends.

For dinner, head over to Kushikatsu Daruma (Dotonbori 1-6-4, Chuo-ku) a well-known chain restaurant for another Osaka staple, kushikatsu (deep-fried meat and vegetables on skewers). Be warned, double dipping a skewer in the communal sauce dish is frowned upon; keep your germs to yourself.

From here, head to the Shinsaibashi district and park yourself at one of the city’s packed bars or clubs or stay around Dotonbori to enjoy late night drinks and snacks along the river. 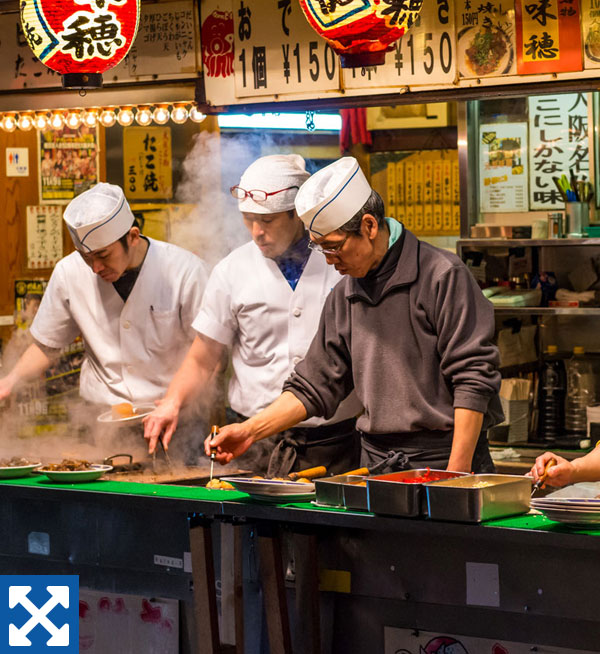 Symbol of the city: The Glico billboard has been in place since 1935 and has become a symbol of Osaka’s Dotonbori district. GETTY IMAGES

The Tower of the Sun (Senribanpakukoen 1-1, Suita), perhaps Osaka’s most eye-catching landmark, is located in the sprawling Expo ’70 Commemorative Park in Suita. The tower was designed in 1970 by the avant-garde artist Taro Okamoto for Expo ’70, the first world’s fair to be held in Asia.

The striking tower symbolizes the theme of the expo, “progress and harmony for mankind.” While the three faces mounted on the exterior of the tower represent the past, present and future, the “Tree of Life” sculpture, standing at 41 meters inside the tower, represents the evolution of life.

The “Tree of Life” is a psychedelic marvel, adorned with nearly 200 creatures ranging from unicellular organisms to giant mammals. Be sure to book your ticket online at least one day before visiting the site.

A fine spot for a picnic — late morning

After taking in Okamoto’s work of art, wander through the Expo ’70 Commemorative Park (Senribanpakukoen 1-1, Suita). There are around 5,000 cherry trees planted on the grounds, making it one of Osaka’s most popular spots during hanami (flower viewing) season, but its autumn foliage is impressive too.

For a glimpse of the past, check out one of the former expo pavilions that was converted into a memorial museum. Osaka is currently gearing up to host the next world exposition in 2025. 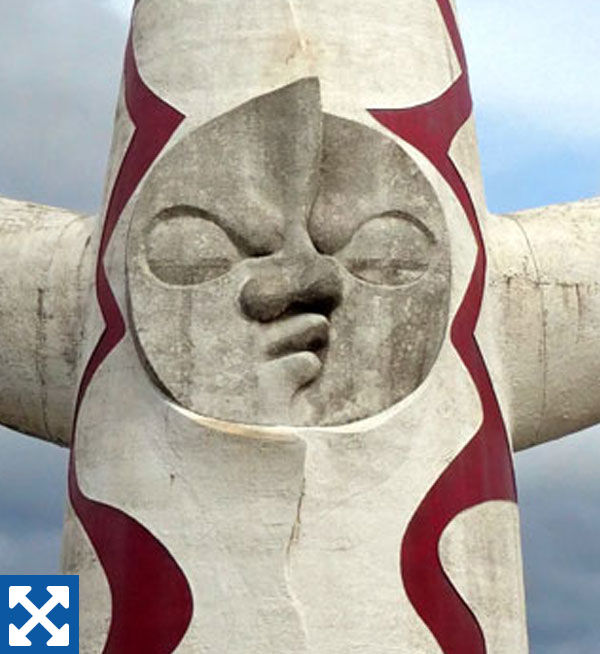 Multi-faceted monument: The three faces mounted on the exterior of the Tower of the Sun represent the past, present and future. CHISATO TANAKA

Osaka Aquarium Kaiyukan (Kaigandori 1-1-10, Minato-ku), located in Tempozan Harbor Village, is one of the world’s largest aquariums. The eight-story aquarium houses over 15 permanent exhibits containing various forms of life from the Pacific rim, and the unique layout allows visitors to spiral down through the exhibits floor by floor. Kaiyukan’s main attraction is the “Pacific Ocean” exhibit, which is home to several whale sharks, the largest known species of fish in the world.

Yoshino Sushi (Awajimachi 3-4-14, Chuo-ku) has been making sushi for more than 170 years and has become well known for its Osaka-style hako (boxed) sushi, where the rice and seafood are pressed together in a rectangular wooden mold.

Made from cypress, the mold creates sushi so pretty it could be mistaken for confectionery. The flagship store, a 25-minute walk from Osaka Station, was remodeled a few years ago.

There’s no better way to wrap up a long day of sightseeing than to watch the sunset over the city, so make your way to Abeno Harukas (Abenosuji 1-1-43, Abeno-ku), the tallest building in Japan (although the title of tallest structure goes to Tokyo Skytree).

The Harukas 300 observation deck takes up three stories and the 60th floor has floor-to-ceiling windows and an exceptional 360-degree view. At a height of 300 meters, you won’t get a view like this anywhere else in the city. 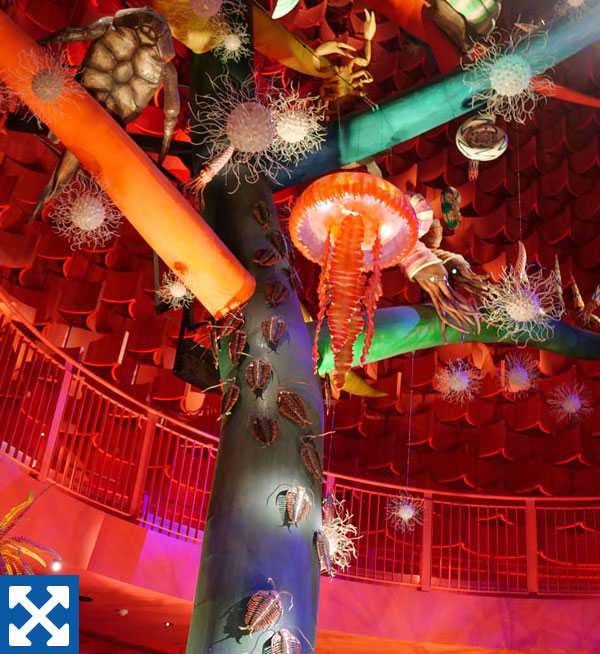 Psychedelic: Housed within the Tower of the Sun is the 41-meter “Tree of Life” sculpture, which represents the evolution of life. CHISATO TANAKA

Sit back and relax: Visitors to Osaka Castle can enjoy boat trips around the castle’s moats year round. GETTY IMAGES

Despite its dilapidated amusement park vibe, Shinsekai (Ebisuhigashi 2-1, Naniwa-ku), an entertainment district designed to resemble cosmopolitan cities like New York and Paris, is a good place to start your last day in Osaka.

The area has plenty of cheap stores and izakaya bars bearing mechanical signs. You can spend hours exploring the area, but its most iconic landmark is Tsutenkaku Tower (Ebisuhigashi 1-18-6 Ebisuhigashi, Naniwa-ku), affectionately called the Eiffel Tower of Osaka. Standing at 103 meters, the tower, which glows neon at night, was created by Tachu Naito, the same architect who designed Tokyo Tower.

Before you hop on the shinkansen, grab some snacks for the ride back in Namba. Rikuro Ojisan no Mise (Namba 3-2-28, Chuo-ku) has been around since 1956 but it gained a lot of attention online a few years ago for its jiggly cheesecakes.

The freshly baked cakes are enormous, light and fluffy, and the recipe uses cheese imported from Denmark and high-quality butter and milk from Hokkaido. A whole cake will set you back just ¥725. If you’re not in the mood for wobbly desserts, the shop also serves apple pies and seasonal tarts.

For something savory, 551 Horai (Horai Bldg. Nanbanaka 1-17-12, Naniwa-ku) serves Osaka’s favorite steamed pork bun, selling about 170,000 buns a day. Although delicious, the fragrant buns may cause a stink in an enclosed space so be mindful of your seat mates if you decide to eat them on the train. 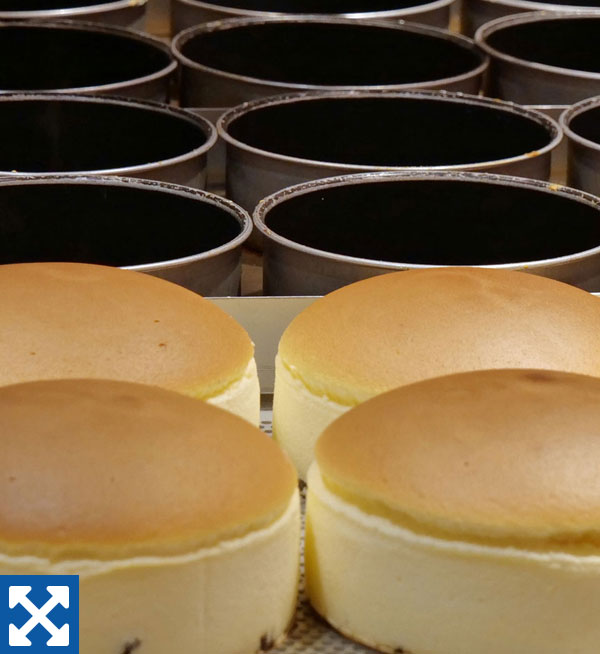 Like eating a cloud: The freshly baked cheesecakes at Rikuro Ojisan no Mise are made from cheese from Denmark and butter and milk from Hokkaido. CHISATO TANAKA

From Namba Station, Yamato-Saidaiji Station or Osaka-Uehonmachi Station in the center of the city, take the Kintetsu-Nara Line for around 20 minutes to Higashi-Hanazono Station. The stadium is a 12-minute walk from there.

While Osaka’s public transportation system is convenient and inexpensive, it can be confusing. The subway system has nine lines that will essentially take you anywhere in the city. From Osaka Station, Osaka’s main train hub, there are six train lines that will take you from the city center to Osaka’s surrounding areas.

If you’re taking buses, remember to get on from middle door and exit at the front by the driver. You won’t need to pay the fare until you reach your destination.

If you’re looking to stay somewhere quiet that’s still close to the hustle and bustle of the city, consider Arietta Hotel Osaka (Azuchimachi 3-2-6, Chuo-ku; rooms from approximately ¥7,200/night). Arietta Hotel is tucked away on a side street near Midosuji, one of the main shopping streets in Osaka.

Map: A weekend in Osaka