A weekend in Kobe

Beyond the beef, beyond the quake

Hustle and bustle: Nankinmachi is Kobe’s Chinatown, one of only three in Japan. GETTY IMAGES

Kobe — the cosmopolitan capital of Hyogo Prefecture with a population of 1.5 million — has a rich history as one of Japan’s most important ports for foreign trade, and international influences are evident in everything from its architecture and design to its food and fashion.

The city is home to one of Japan’s most celebrated exports — Kobe beef, but its lesser known attractions offer far more compelling reasons to visit than a side of steak. Nearby Arima Onsen is one of the oldest hot-spring towns in Japan, Nankinmachi is Kobe’s bustling Chinatown, and you’d be amiss to ignore the night view of Kobe’s glittering harborside skyline. 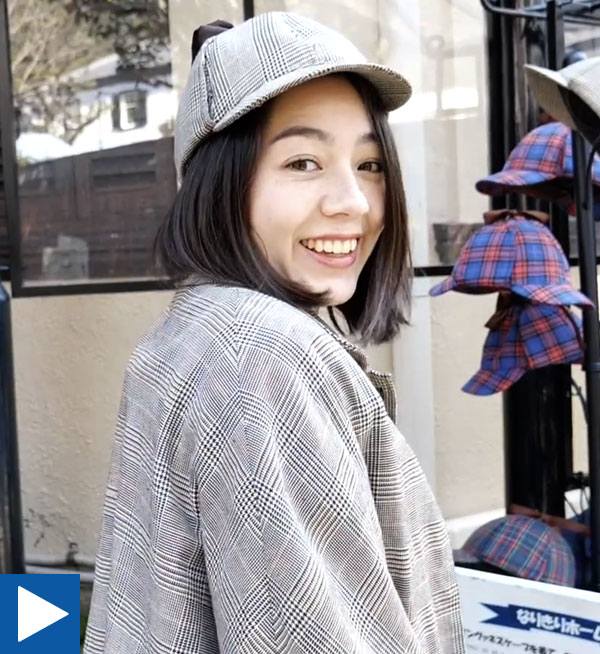 VIDEO: Japan Times reporter Alyssa I. Smith investigates the best places to visit in Kobe and discovers that enjoying the city is elementary, my dear reader.

For a caffeine kick start to your weekend, there’s no better place for a hot cup of coffee than Nishimura’s Coffee (Nakayamatedori 1-26-3, Chuo-ku). Nishimura’s Coffee opened in 1948 and was one of the first places in Kobe to serve cappuccinos and Vienna coffee.

The flagship store is within walking distance from one of the city’s main train hubs, Sannomiya Station; you can’t miss the retro German-style building. The comfortable dining areas have an old-world charm that complements the light breakfast sandwiches and variety of desserts on offer. According to locals, Nishimura’s coffee jelly can’t be missed.

One of Kobe’s main attractions is Kitanocho, a neighborhood nestled at the foot of the Rokko mountains where foreign merchants and diplomats resided after the Port of Kobe opened up to trade in the 1860s. The district has preserved several of the mansions, known as ijinkan, as museums that are open to the public.

To get a sense of the city’s history and its cosmopolitan roots, take the full tour of the Kobe Kitano Ijinkan (Kitanocho 3-5-4, Chuo-ku) for ¥3,000. The premium pass offers perks such as discounted access to seven mansions and an informative booklet for collecting stamps at each residence.

If you’re in the mood to dress up, the English House supplies hats and coats in the style of Sherlock Holmes and the Foreigner’s Association allows women to dress up in ball gowns for a memorable photo op. Sit in “Saturn’s Chair” at Yamate 8-Bankan or rub the nose of the “Calydonian Boar” at the Uroko House for good luck.

Climbing up and down the hills of Kitanocho will work up an appetite in even the hardiest traveler. Make the 15-minute walk to Modernark Pharm Cafe (Kitanagasadori 3-11-15, Chuo-ku), a vegetarian cafe that serves daily specials and dishes such as a vegan curry on brown rice and an avocado salad topped with an original tomato sauce and soy milk dressing. The meals are freshly prepared and the rustic furnishings give the space a homey feel. 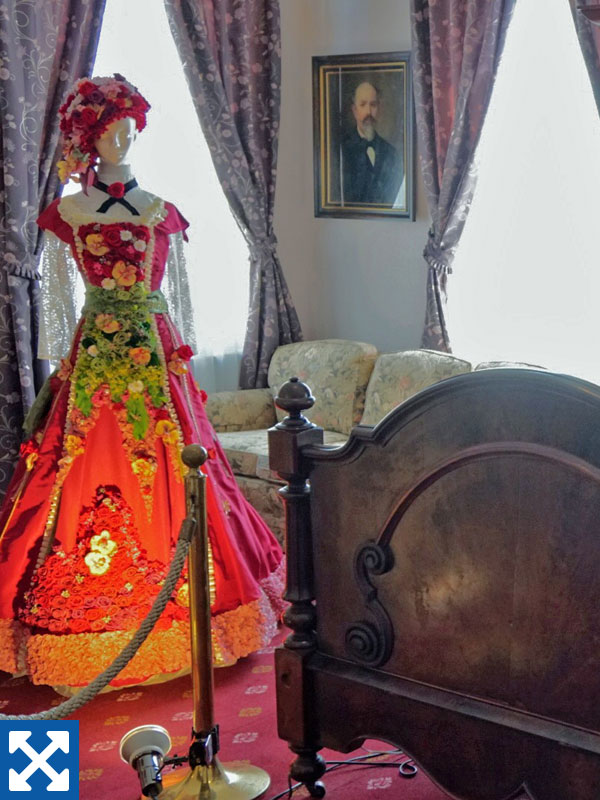 History preserved: The inside of an ijinkan, an old merchant mansion now open to the public as a museum. ALYSSA I. SMITH

Start at the Welcome Garden, designed to resemble Wartburg Castle in Germany, and stroll down picturesque paths through 12 garden areas including the Rose Symphony Garden, Herb Museum and Waterfall Patio to take in around 200 types of herbs and flowers. Don’t miss the Glasshouse where you can kick back at a foot bath that overlooks the bay. The herb-infused water and city views will have you relaxed and ready for more Kobe activities.

Not far from the city center is the Nada district, renowned for producing around a third of Japan’s sake — including some of the best sake in the world — due to the ready availability of high-quality rice and water that form the core ingredients of the national drink.

There are around 40 breweries in Nada and many of them provide tours and tastings for visitors. The best-known among these is Kobe Shushinkan Brewery (Mikagetsukamachi 1-8-17, Higashinada-ku), which has been making sake since 1751. Since 2008, sake has been served at Nobel Prize award dinners each time a Japanese person has won an award, and one of the brewery’s signature sakes, the Fukuju Blue Label, was chosen to be served at the banquet that took place after the Nobel Prize Award ceremony in 2012 in Stockholm.

Sakabayashi, the brewery’s restaurant located inside the grounds, serves seasonal kaiseki (traditional multicourse) meals that pair with the brewery’s sake. 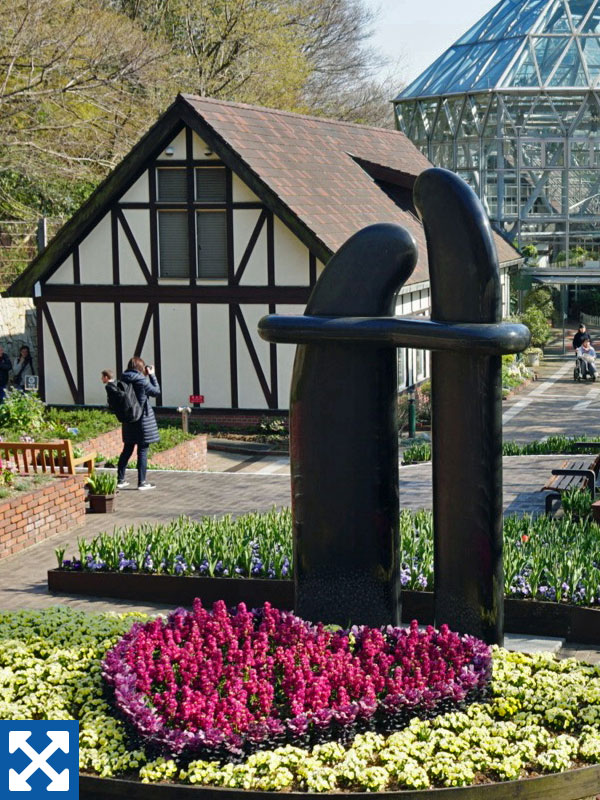 Smell it to believe it: The Kobe Nunobiki Herb Gardens offer panoramas over the city as well as an aromatic herb experience. ALYSSA I. SMITH

Out on the dock of the bay: Once night falls, the Port of Kobe area is lit in resplendent colors, highlighting the modern harborside architecture. GETTY IMAGES

Break off to the baths — morning

An excellent half-day trip from Kobe is Arima Onsen (Arimacho, Kita-ku), one of Japan’s oldest and most famous onsen (hot spring) towns and just half an hour away from the center of Kobe by train. Established 1,300 years ago, the town served as a retreat for emperors, nobility and samurai who came to enjoy its hot springs and natural beauty.

While in Arima, take a walk across Nene Bridge, named after the wife of famed Japanese general and unifier of the country, Toyotomi Hideyoshi (1537-98), and slip back in time as you wander through the town’s numerous shrines, temples, baths and souvenir shops. There are two public bath houses if you want to experience a hot-spring bath, and several of the ryokan inns also open their baths to daytrip visitors for a small fee.

If you’re in the mood for a luxurious meal at an elegant inn and spa, Gosho Bessho (Arimacho 958, Kita-ku) serves a French-style breakfast with a beautiful view of maple trees.

After dipping into Arima Onsen’s hot springs, catch the train back to the city for lunch in Nankinmachi, Kobe’s Chinatown. This area is home to Kobe’s Chinese community and consists of two main streets brimming with shops and restaurants.

Grab some steamed buns, dumplings and tapioca drinks from a food stand or, if you’re looking for a more sit-down affair, slightly removed from the bustle of the main streets, head to Gunai Cafe and Restaurant (Sakaemachi-dori 2-6-6, Chuo-ku) to satisfy your dim sum cravings with its broad menu and laid-back atmosphere.

As the day comes to a close, watch the sun dip beneath the horizon from Kobe Harborland, a shopping district on the waterfront of the Port of Kobe, an area that was almost entirely rebuilt following the Great Hanshin Earthquake in 1995.

No trip to Kobe is complete without indulging in the city’s culinary claim to fame — Kobe beef. For a memorable meal to end your trip, head to Setsugekka (Rainbow Plaza 8F, Kitanagasadori 1-9-3, Chuo-ku) near Kobe-Sannomiya Station.

The main restaurant has an intimate atmosphere and was awarded one star by the Michelin Guide six years in a row. Call ahead to reserve seats at the counter so you can watch the chef prepare your meal on the teppan (iron grill).

This is the ninth installment of a monthly series that will introduce each of the 12 host cities of the 2019 Rugby World Cup. 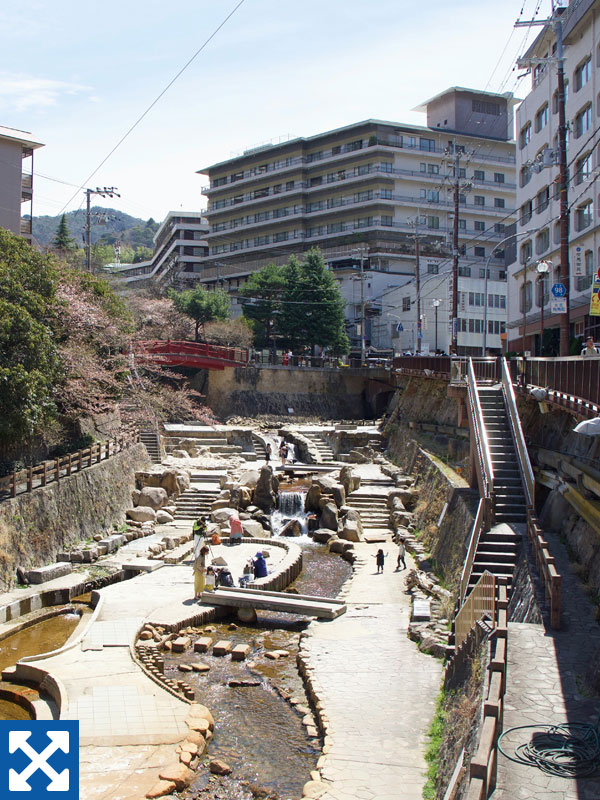 Royal baths: Now built up into a tourist resort, Arima Onsen is one of the country's oldest hot-spring towns, a favorite among Emperors long-deceased. ALYSSA I. SMITH

Fine dining: One of Kobe's most celebrated exports is its beef, and there are few better places to try it than at the Michelin-starred restaurant Setsugekka. CHISATO TANAKA

Kobe is served by Kobe Airport, which mostly handles domestic flights and is located on an artificial island about eight kilometers from Sannomiya Station.

Tokyo and Kobe are connected by the Todaiko-Sanyo Shinkansen Line, running from Tokyo and Shinagawa stations to Shin-Kobe Station.

Sannomiya and Kobe-Sannomiya stations serve as the main train hubs for the city, with connections to Osaka and Kyoto. Kobe has a convenient bus service called the Kobe City Loop, which stops at many of the city’s major attractions and locations such as Sannomiya Station, Kitano Ijinkan and Kobe Port Tower. A one-day pass for adults costs ¥660, while a single ride costs ¥260.

If you’re looking to stay near the city center, Centurion Hotel Grand Kobe Station (Aioicho 2-3-7, Chuo-ku; rooms from ¥8,500/night) and Hotel Okura Kobe (Hatobacho 2-1, Chuo-ku; rooms from ¥9,200/night) are both within walking distance of major sightseeing spots like Nankinmachi and Kobe Harborland. Both offer rooms that are functional if a little uninspiring.

For something a bit more special, consider a luxurious ryokan inn experience in Arima Onsen. You can’t go wrong with Tocen Goshoboh (Arimacho 858, Kita-ku; rooms from ¥13,200/night). The inn has open air baths with distinctive water, colored red by the iron brought up with the hot water from beneath the ground.

Map: A weekend in Kobe